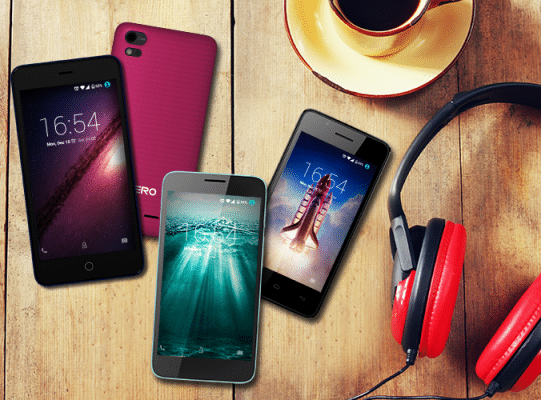 Among the Fero Aura series, the A5500 is the biggest and it arrives with larger screen display, but still pack some similar specs and features like other mobile phones inn the family.

The Fero A5500 Android Smartphone is also the most expensive among the Aura’s. It packs larger battery capacity, display, slightly powerful processor and runs on Android Nougat, but the memory storage, camera pixels and RAM are identical with the rest. 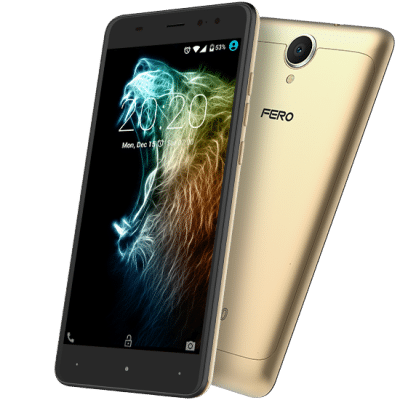 Like the A5000, The Fero A5500 Smartphone features a shiny and solid poly-carbonate panel, which provides that premium comfortable feeling when holding a high-end flagship Smartphone. Although, we can’t find this design material on latest mobile phone, as every Smartphone makers are going for all-glass design.

However, the Fero mobile phone lost that flagship bezel-less design, as it sports bigger borders surrounding the screen display. The A5500 is the biggest in its series, with the 5.5 inch HD IPS Multi-touchscreen and the first to come with a screen resolution of 1280 × 720 pixels.

The screen resolution isn’t encouraging neither is it attractive but the device is thick at 9.2mm and weighs just 184g. Still lacks a fingerprint sensor scanner, available in two special colors: Gold, and Black options.

The Fero A5500 cameras might not be the best in the markets but it packs some bigger camera feature. There is a 5-megapixels with f/2.2 aperture and supports auto focus with LED flash to capture that captivating moments.

While the front-facing is enabled with a 2-megapixels with f/2.8 aperture, supports fixed focus and LED flash, this is the first for Fero Aura series, others lacks a LED flash. So, you can basically take some interesting selfies for your gallery and social media page.

It is a 3G device, the Fero A5500 still lacks the 4G LTE network and sooner, we will be experiencing the 5G. Others includes 2G, WiFi, Bluetooth v4.0, Loudspeaker, 3.5mm audio jack port, microUSB v2.0, USB Host.

Powered by a MediaTek MTK8321 chipset clocked at 1.25 GHz, A7 Quad Core processor. It is better and powerful than others, coupled with a 1GB of RAM for seamless multitasking, battery life longevity, with super processing speed and impressive graphic performance.

The Fero A5500 comes with the same 8GB of internal storage, which is expandable up to 32GB via micro SD card slot. You now have huge memory to keep your files, documents safe and protected. The Fero A5500 is the direct successor to the Fero A5002 Smartphone.

It is fueled by a non-removable 3,000mAh Li-Ion battery capacity and runs on Android 7.0 Nougat. The company and retailer company are asking for an affordable N27,000 for a unit of the phone. It is cheap, powerful processor, stylish and unique poly-carbonate design.