The “Watch” tab and several dozen original shows will start rolling out to a small group of U.S. users on mobile, desktop and Facebook’s TV apps.

It is however, reported that it will begin replacing the current video tab for users in Facebook’s apps for Android, iOS, the web, and television. 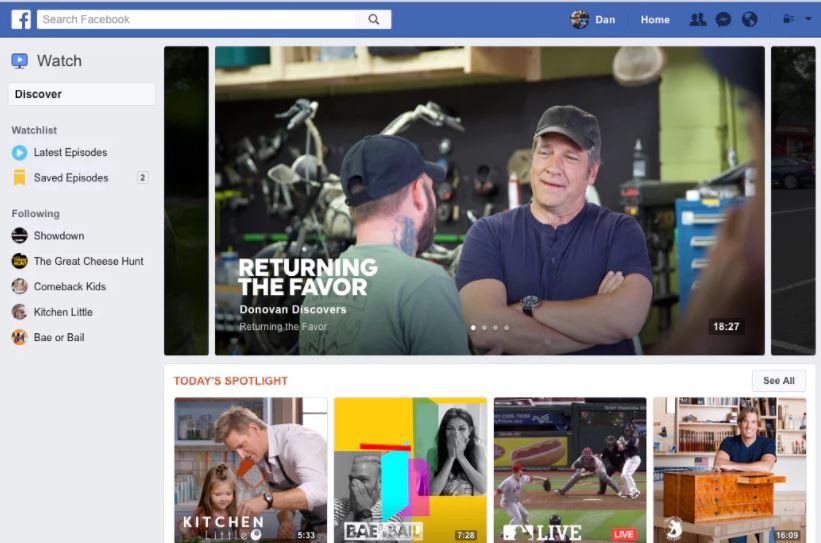 Facebook has a new home for original video content produced exclusively for it by partners, who will earn 55 percent of ad break revenue while Facebook keeps 45 percent.

Facebook said creators and publishers can earn money from their Watch series. That could happen through ad breaks or by getting sponsorship from a brand.

The videos are required to comply with Facebook’s Community Standards, a set of rules that state what can be reported as inappropriate.

According to the Users will be able to personalize their feeds and follow shows they like, much like YouTube’s channel subscription model. They will also be able to comment in real time, and a tab will show what their friends are watching.

Facebook will initially make the platform available on its desktop and app versions to a “limited group of people” in the United States, before rolling it out globally.