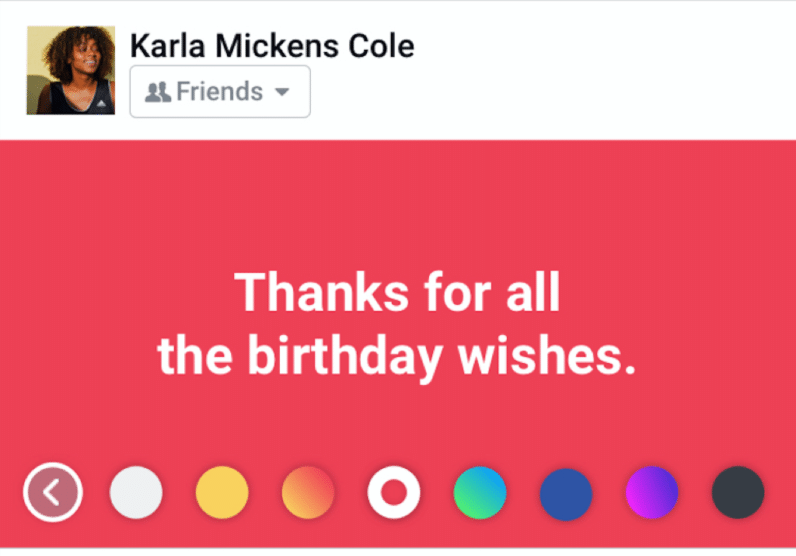 One of the biggest online-social website Facebook is rolling a colored text update to any user who wants to update his/her status. This is cool and colorful.

Meanwhile, Facebook are undergoing some kind of serious threats over their too-much of fake news which is in circulations. And Germany has taken it into considerations. so they are going to fine facebook for some huge money if any fake news is being reported.

Some few hours ago, the feature lets users select a color that appears behind their text status in place of the normally-white background. Several of the color options offer an Instagram logo-style color gradient, which make them more stylish and modern than boring flat colors.

A spokesperson writes “We’re rolling out a change to help people make their text posts more visual. Starting today, people can update the background color of their text-only posts on Android.”]

Well, this time around, the update is coming to Android firstly before the iOS version. The feature is rolling out to Android users over the course of the week, but the background colors will be visible on Android, iOS and the Web. iOS and the Web will be able to make their own colorful posts “in the coming months.”