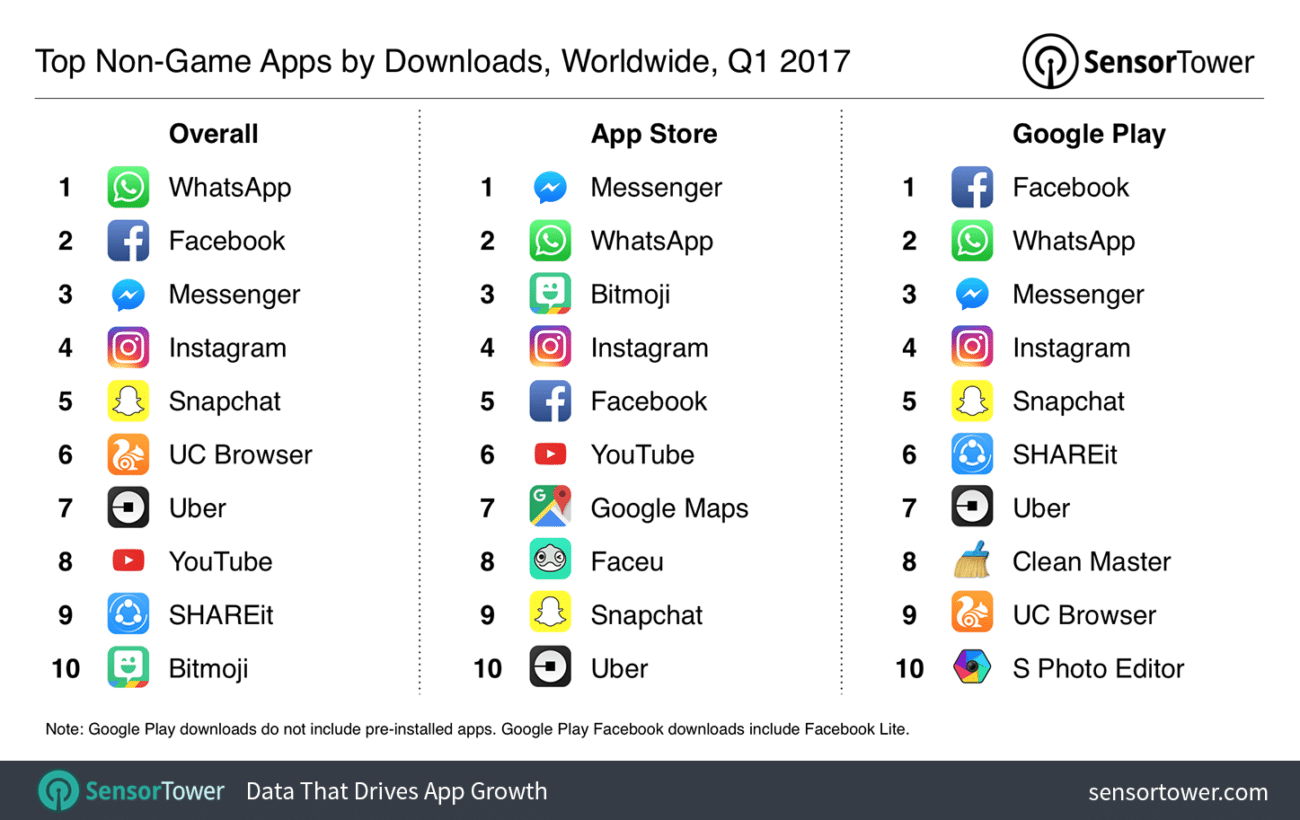 If you should be asked, who owns most of the downloaded applications worldwide, one would be very fast to call Google but right now, it isn’t Google Anymore, Facebook Owns four out of the five most downloaded apps worldwide!

But note that, this statistics is only for Non-Games applications.

But surprisingly, Netflix still lords over everyone as far as revenue goes. Facebook owned app such as WhatsApp, Facebook, Messenger, Instagram and Snapchat were the most downloaded apps for the first three months of this year.

Although, the numbers may differs across the App Store and Google Play but there is one thing for sure and that is both platforms shared is that Facebook owned four out of the top five spots for the most downloaded apps worldwide. 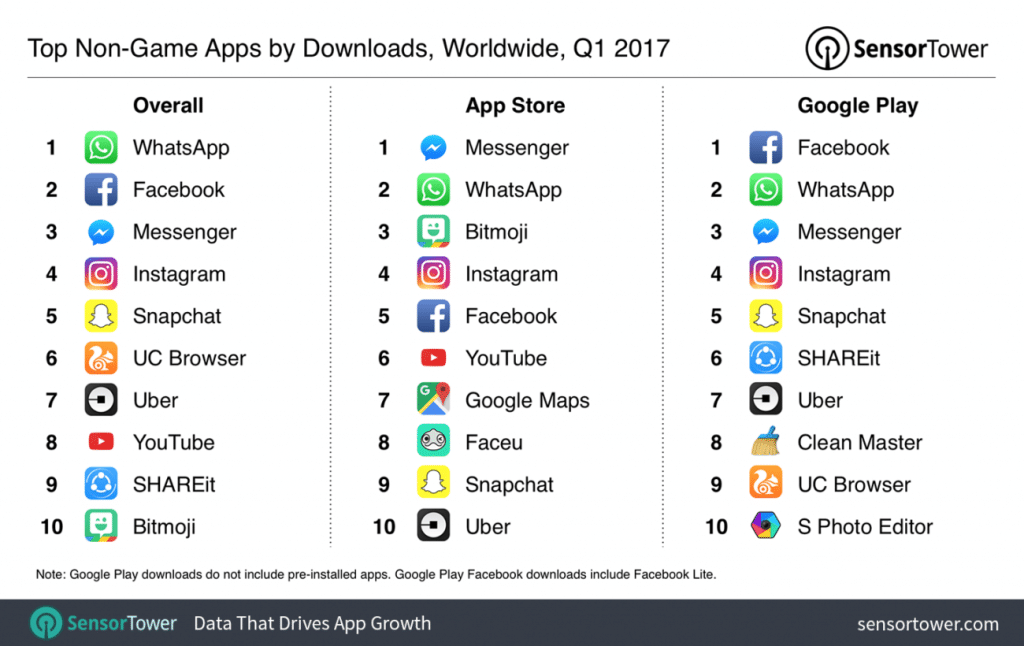 But while Facebook dominated the app market when it came to downloads, video and audio streaming apps dominated the revenue charts.

Netflix became the highest grossing app for the first quarter of 2017, with Line, Tinder, Pandora and Spotify completing the rest of the top five.

App downloads worldwide grew from 11.9 billion to approximately 13.5 billion last year, marking a 14 percent increase over-year-year. While 4.7 billion of all downloads came from the App Store, Google Play accounted for the the remaining 8.8 billion.