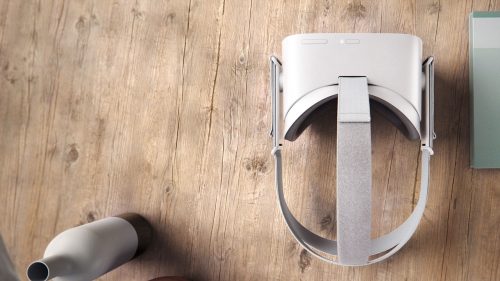 It is the company’s latest VR headset and world’s first standalone device for virtual reality that doesn’t require a PC or smartphone. Yep, you saw that right, although, it was first rumored early this year.

Well, if there is no Smartphone that serves as your VR screen viewing and controller. Similar to the Google’s Daydream headset, the Go VR uses a 3DoF controller that lets you navigate your virtual environment. Unlike the Smartphone-powered VR, that takes less than a minutes before you could begin the VR, the Go requires a ‘hit button’ and there you are. 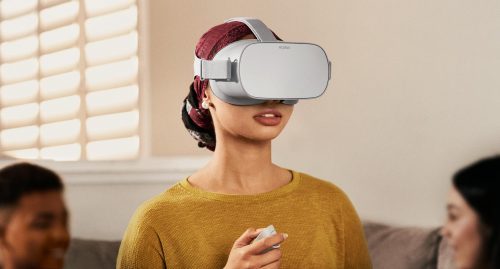 It comes with built in-headset stereo audio, this is spectacular due to the simple Fabric design. If, you really don’t love the sound from VR just spreading out, you could manage to attach a headphone via 3.5-mm audio jack.

Another amazing stuff about the Go VR is that, you can wear your glasses when using the Go but there is a more flexible $80 lens inserts for your headset and Oculus says the dedicated lenses for the device is more comfortable.

The Qualcomm Snapdragon 821 Mobile VR Platform chipset isn’t that vivid and acceptable, its slows your play time down. Surprisingly, you may want to understand that Oculus Go has over 1,000 available apps and is compatible with the same apps that run on the Samsung Gear VR. It may have skipped few important feature but it is still comfortable to use as it offers new services such as; Oculus TV, Oculus Rooms, and Oculus Venues.

The Go is available in 32GB and 64GB models, for $199 and $249, respectively, and you can purchase the headset from the company’s store, Amazon, or Best Buy. Meanwhile, the gadgets is only available in a gray fabric color.