One of the best social networking platforms, Facebook has introduced its own dedicated mobile gaming app to take on Twitch, and YouTube for streaming games online.

Well, the streaming community is getting its deserved notification and Facebook’s new gaming app will totally focus on this community. The company is starting with casual streams of games like “Words with Friends”.

Facebook said the new app will enable users to watch “e-sports” or game competitions as well as participate in games with other users online.

In order to enable a smooth and quick operating interface, Facebook’s gaming app offers Watch, Play and Connect services, and they act on their names.

You can use the Watch service to view streams and discover new streamers, the Play service allows users to quickly and instantly start playing games without having to download them. While users join communities via gaming groups, with new ones being added every day via Connect service. 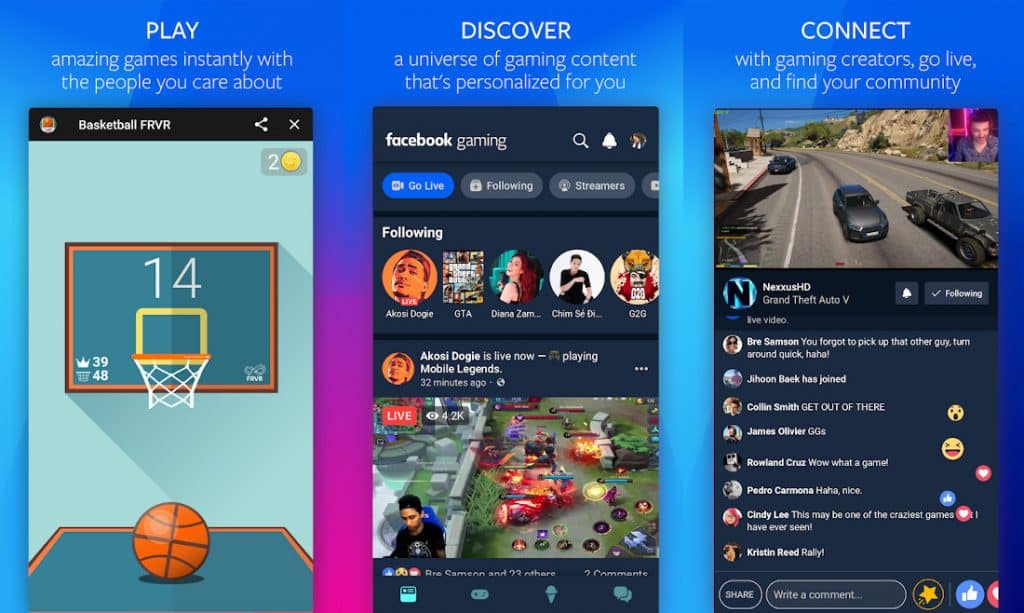 Despite Facebook’s 2.5 billion users every month, the company is still unable to meet Twitch and Youtube gaming sessions, only when it comes to hours of gameplay watched.

The Amazon-owned Twitch and Google-owned Youtube has definitely been doing well in the gaming session. In truth, there are few competitions in online gaming streaming platforms.

Facebook is planning on bringing heated competitions to the gaming community, and after all, the company’s gaming viewership has increased drastically, a 210 percent increase in hours watched between December 2018 and December 2019.

Statistics show that Twitch has 61% of hours watched in December 2019, YouTube 28% and Microsoft’s Mixer saw under three percent of all hours spent watching live streams.

TheVerge noted that Facebook added the “Go Live” button that makes it easier for its users to start streaming. It lets users upload streams of other mobile games on the same device by pressing just a few buttons.

Immediately, after going live, Facebook will make it easier for friends and followers to watch, as the streams will appear on their personal pages.

Facebook also brings better monetization for the platform for content creators. After all, YouTube and Twitch are on the same table on this. Facebook’s “Level Up” will be similar to Twitch’s affiliate status and YouTube’s Partner Program.

The company’s previous investment is paying off, as Facebook said it sees a strong interest in the new app, with some 700 million of its global users already playing games or participating in gaming groups on its platform.

Facebook was meant to announce the app in June but moved it up to meet current demand. You can find the app on Google PlayStore, and will be available on the iOS store when Apple approves the app for iTunes.

Vivek Sharma, Facebook’s vice president for gaming, said: “People are watching streams and they’re like, ‘I want to be a streamer,’ and with Go Live it’s literally just a few clicks and then lives, you’re a streamer,”.