It is no longer news that company are trying hard in their best ability to launch various apps for low-end-Android phones. But Facebook takes the Lite apps to a more different stage by introducing a more acceptable feature.

Facebook messenger which is one of the fastest way to send and receive messages, send photos, links, and audio calls and where you can also send a payment via paypal also has a slimmed version called Facebook Messenger Lite. Messenger Lite is under 10MB, making it fast to install and quick to start up.

It offers core messaging capabilities like sending text, photos, links, and audio calls to people with either Lite Messenger or Messenger.  This slimmed down version of Messenger for Android intended for people with older devices and/or slower Internet connections. And now, Facebook has introduced Video Chat! 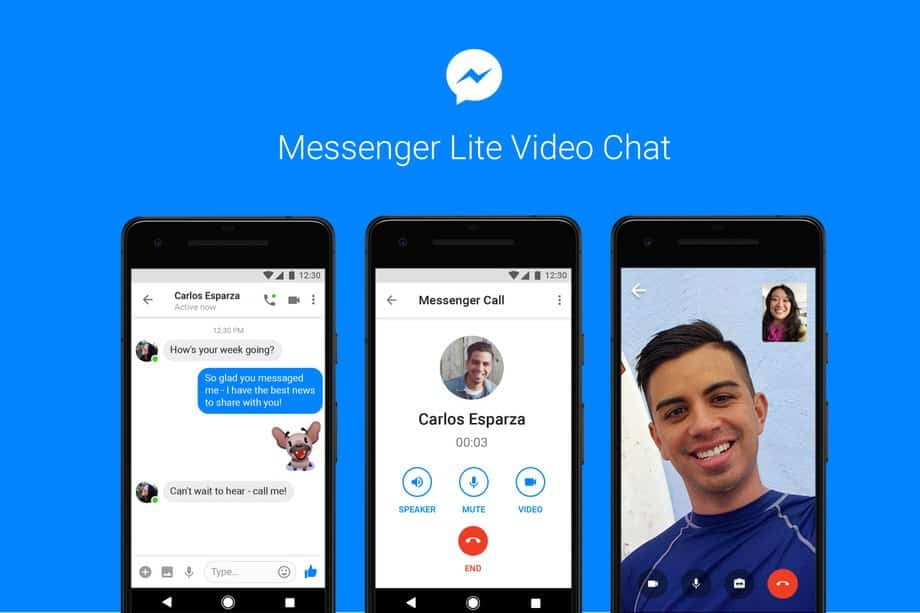 To use video chats on Messenger Lite, users need to open an existing conversation or find the person they would like to chat with in their contact list, then tap the video icon on the upper right corner of the screen. And you can also upgrade an audio call to a video chat while still in the call by tapping the video icon in the bottom right corner of the screen, Facebook said.

“Now people who use Messenger Lite can have the same rich and expressive face-to-face conversations as those who use the core Messenger app, no matter which technology they use or have access to,” Facebook said in a statement late on Wednesday.