This is a whole new way of burning our time our phone. Facebook Messenger just announced that the Instant Games are coming out to all users despite your location or so, but as-far-as you are using Messenger App, you are getting it.

The Facebook Messenger instant games was released last year in US, where they are allowed to play some few games and the games can only be played when you are online on Messenger. It doesn’t enable download. 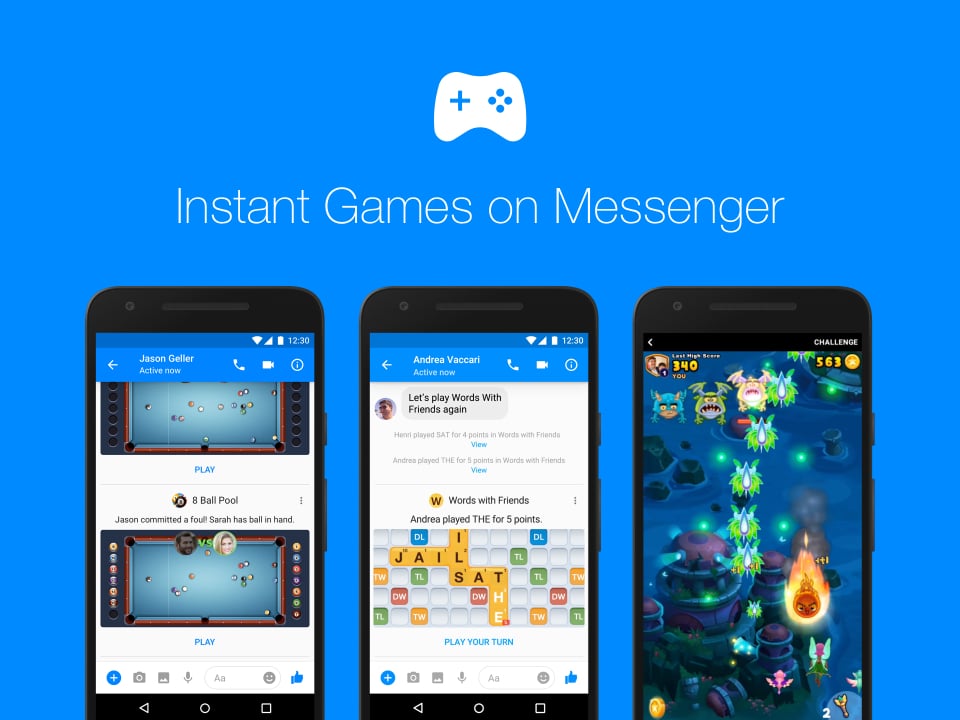 That library will expand with this update, as Facebook says:

Depending on what device you use and where you are located, there are now up to 50 games titles available on Messenger. Today we’re starting to roll out Instant Games on Messenger more broadly for the 1.2 billion people who use Messenger every month. In addition, we’re also launching the new features that we exclusively previewed to developers at our annual F8 conference.

These include rich gameplay features, which allow developers to create unique and sophisticated experiences and Game bots to help game makers surface exciting features like new levels and rewards. When developers start to take advantage of these new capabilities everyone wins with more dynamic and engaging gaming experiences.

The creators of Instant Games hope that it will bring virality back to the social-mobile games business and offer a chance for breakout hits on messenger platforms. Those hits can spread on social, bypassing the app stores.

The new Instant Games on Messenger will roll out over the next few weeks worldwide for both iOS and Android.