First launched as an invite-only beta back in May, Facebook has officially launched its experimental music-making app, it is Collab, an experimental app for making collaborative music videos on the App store.

Recall that Collab is among the products from Facebook’s New Product Experimentation (NPE) team. The idea behind Collab is quite stunning, tho, it purely targets the popular short video sharing app, TikTok.

Collab is free on the App Store, and you can download it today. As of this time, the app isn’t directly integrated with Facebook, although you can export the finished products to your Instagram story, TikTok, and another platform via an iOS share sheet with the app’s watermark on it.

With the Collab app, users can create short-form music videos by combining up to three independent videos for up to 15 seconds. To make it work, three musicians can each play a different part of a song and combine them into one video. 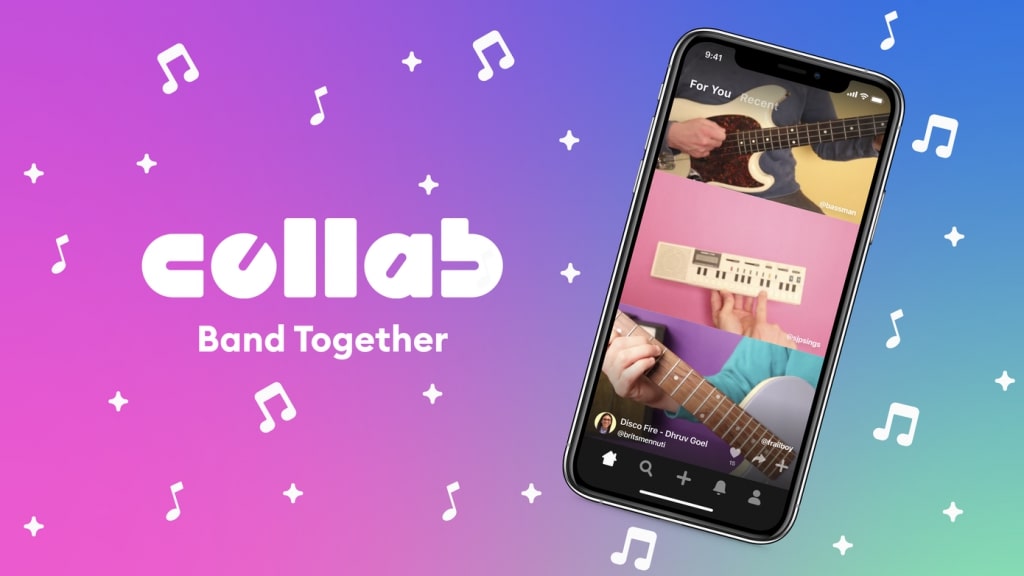 Whereby, each created video will be uploaded to a public “Collab” feed, where people can view and play along with it if they choose. In other words, the app allows you to create your arrangement by adding in your recording or by swiping and discovering an arrangement to complete your composition.

Facebook’s Collab doesn’t make everyone a musician, or you don’t need to be a musician yourself, as you can just mix other people’s videos together or you can just record one part, then mix it with two other parts you find on the Collab feed that other people have recorded.

“We make sure that as you swipe, the videos play at exactly the right moment to be in sync.” In order to line up the videos, Collab includes in-app tools that allow you to easily sync the parts together.

To make it more interesting, Facebook Collab has an endless scrolling feed of video uploads that users can browse through, and select accordingly. Users can also there are options to like a favorite musician in the app so that the user will be notified when they post new clips.