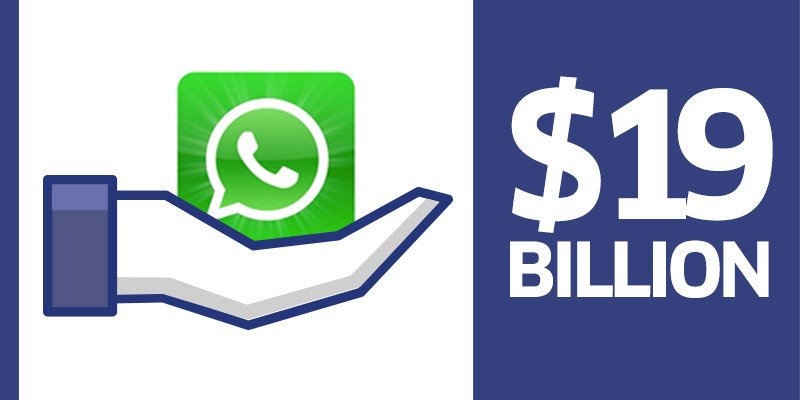 Whatsapp is the most powerful chatting application. Almost 90% percent of people around the world, loves chatting. Do you know that the founder of Whatsapp did apply for a JOB on facebook?

But can you believe that, Facebook rejected him! He never gave up, so he went ahead and created the powerful chatting application known as Whatsapp. When Facebook noticed that, Whatsapp is going to over throne them because statistics shows that people are leaving Facebook for whatsapp. 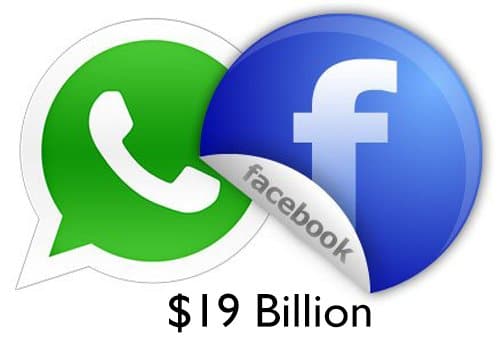 There is a saying that goes “if you cannot beat your competitors then you buy them” Facebook were left with no choice, because if they dare fold their arms and look at whatsapp, they will go down to 10%, so they bought Whatsapp for $19 billion, then while adding up the resources and crews members, it approximately $22 billion.

Hence making the co-founders of whatsapp known as Jan Koum and Brian Acton to be multi-millionaire! When Facebook bought WhatsApp for $19 billion on Feb. 19, 2014, making it to be the company’s largest acquisition.

As per the terms and conditions of the deal, all 55 employees of WhatsApp including its founders will be granted restricted stock worth $3 billion that will vest over four years after the deal closes.

What is Whatsapp All About?

WhatsApp is a simple, fast and reliable mobile messaging service that is used by over 450 million people on every major mobile platform.

More than one million people sign up for WhatsApp every day and it is on its way to connecting one billion people. More and more people rely on WhatsApp to communicate with all of their contacts every day.

Fortunately for those parties, the value of Facebook’s shares are now higher than they were when the deal was announced in February, notes Re/code’s Peter Kafka, making the deal worth around $21.8 billion.

But facebook will continue to keep the whatsapp worker and crew with them. Facebook will not sack any crew, because they are the ones that made the whatsapp application very powerful, reliable and working.