It is new but it is not new to MTN, Airtel and GLO Subscribers! But to be sincere, Etisalat are really getting it down with their customers. With this new Night Plan, they might regain their customers once more. 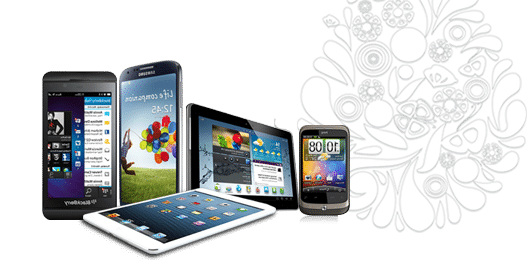 Maybe, that maybe the reason of this new Plan. Looking at it, they might say to themselves “if Glo could give one 1GB for N200, then we can” Maybe, that was what brought about the introduction of this new data plan bundle.

So you can see the lost and gain of customer. A woman can get into a man heart through his food maybe, our Nigeria Telecom like MTN and Etisalat forgot that applies to us (their customers). They can get into our heart through their Cheap Data Bundle Plan! Simple and short!

Back to the real deal. Etisalat just introduce a more cheaper Night Plan but not more other rivals. Such as, Airtel who offers 1.5GB for just N50 per night and which can also be renewed more and more that the same night. 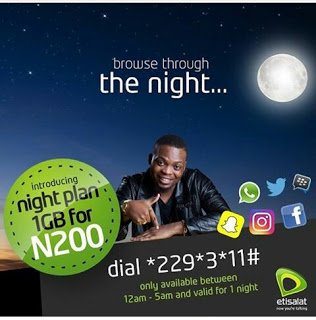 Why MTN offers, N25 for 500MB Night Plan. So with N50, you will get N1GB data plan for a whole Night non stop! But as we all know, papa Glo are offering the same data bundle with Etisalat although, you can’t compare theirs with other plans in Nigeria.

So you can also rock, with the new Etisalat 1GB with N200. It is an awesome Night Plan which is able to give unlimited browsing and downloading at Night from 12am to 5am. Isn’t that great? Maybe, Etisalat are planning on giving their subscribers more cheaper data bundle plan!

Are you ready to activate yours, then dial *229*3*11# to activate it. Remember that it works on all device including laptops, phones, iphones, ipads, blackberry and the rest.

How to activate 9mobile moreflex plus tariff plan, check balance and op-out