This is the Elephone A4 Pro Android Smartphone. The phone has been officially unveiled and these are the complete specs and features.

On the company official website, the Smartphone costs $190 per unit. Making it the company’s most cheapest and wanted knock-off version of iPhone X. 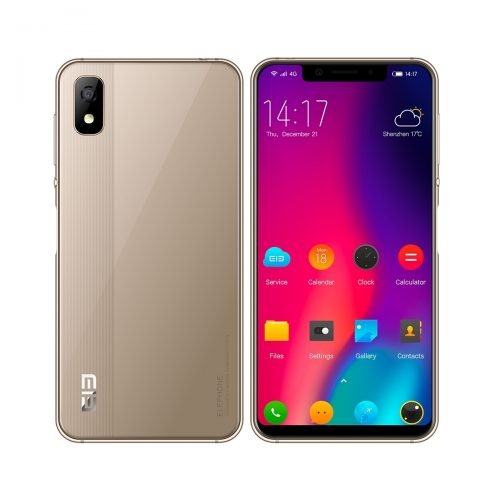 After the launch of the Elephone A4 with engrossed specs and features, which is purely intuitive that the company is still fighting for the global market attention.

The A4 Pro isn’t that different from the Elephone A4. They both feature some similar specs with few items that are differentiated. The Elephone A4 Pro is the company’s most cheapest notch display.

The A4 offers a tall 5.85′ 18.9:9 notch display, and a Side-fingerprint sensor and a notch design display at the up front.  The all glass design and stainless steel frame is impressive.

Elephone A4 Pro arrives with Nebula gradient colors, and it feels unique, natural and attractive. The company claims that the A4 Pro is strong as diamond.

For the optics aspect, the Elephone A4 Pro arrives with dual camera, a single camera is situated at the back and another at the front, for selfie capturing.

The Elephone A4 Pro comes with a 16-megapixels camera lens at the back, and it supports rear flash light for taking clear photos at night.

At the phone sit another camera sensor, which is 8-megapixels and comes with front flash. Thankfully, the both cameras supports video recording up to 1080P 30fps.

For the network and connectivity, the phone arrives with a handful of them, you will find GSM, WCDMA, LTE, Bluetooth, WiFi, Dual-band（2.4GHz/5GHz）802.11a/b/g/n, Dual SIM model (Hybrid SIM slot), GPS/Glonass and Bluetooth v4.0.

The phone is powered by a Octa-core MediaTek MT6763, coupled with 4GB RAM for faster multitasking and switching of apps.

While for the storage, it is available in model, 64GB internal storage but it is expandable up to 256GB via micro SD card. And it runs on Android 8.1 Oreo.

And the handset is fueled by a 3000mAh battery capacity, and also supports flash charging technology. The phone is priced at $140 per unit and it is available for purchase right now.