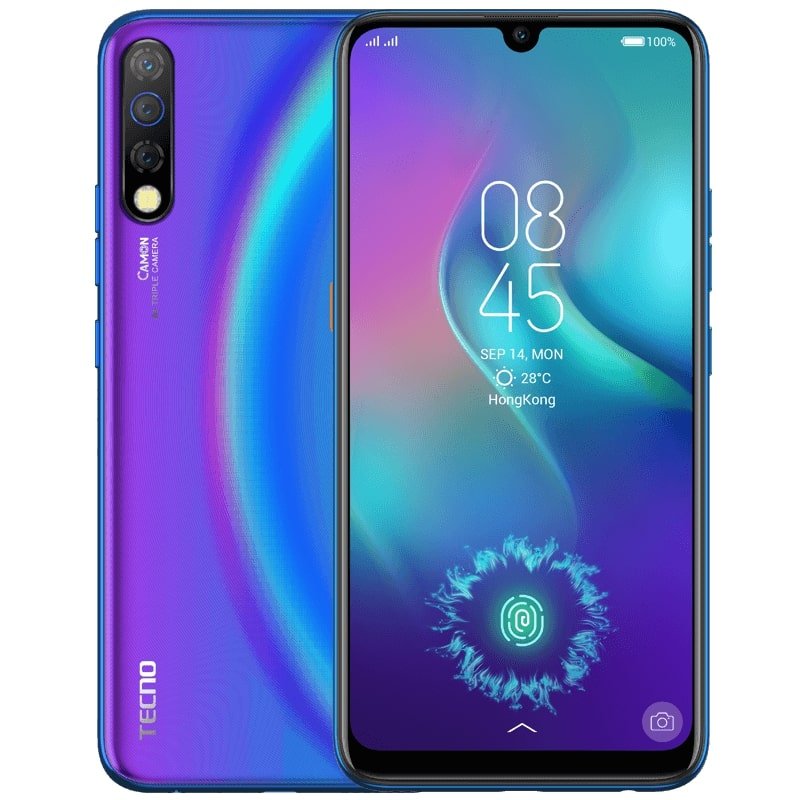 This is the Tecno Camon 12 and Camon 12 PRO Android powered Smartphones, they both arrives with triple rear cameras, Android 9 Pie, Face ID Unlock and powered by MediaTek’s Helio P22 SoC.

Well, the new Tecno 12 lineup are the official successor to the former Tecno Camon 11 and Camon 11 PRO devices. They are identical specs and features, which also includes some differences.

Never forget that the Tecno Camon 11 Pro was the company’s first Smartphone in the Camon series to arrive with 6GB RAM but the Camon 12 PRO is following suits too.

Before the official release, the company has already start teasing the device on their twitter page, but it has been unveiled in Nigeria.

And boom, there is the in-display fingerprint sensor scanner, which was first available on their flagship device, Tecno Phantom 9 Android powered Smartphone.

Moved over the AMOLED screen display, it is profitable and enlightening to notice that Tecno phones are now arriving with over-protective AMOLED display.

It is backed by a 3500mAh battery capacity, but we will still the Micro-USB port charging, which is definitely a no for me. However, there is the 3.5mm headphone jack, don’t scare off.

We are definitely impressed by the all new camera phone, AMOLED screen display, faster processor performance but where is the USB-Type C connectivity?

At the glossy Nebula gradient back panel, it host a vertically mounted triple rear camera, which includes the main 16MP + 8MP with ultra clear shot and 2MP bokeh effect with Quad Flash.

It is backed by an increased 4000mAh battery capacity, which is improved than the Camon 12 PRO with 3500mAh battery. The pricing and availability isn’t out yet.