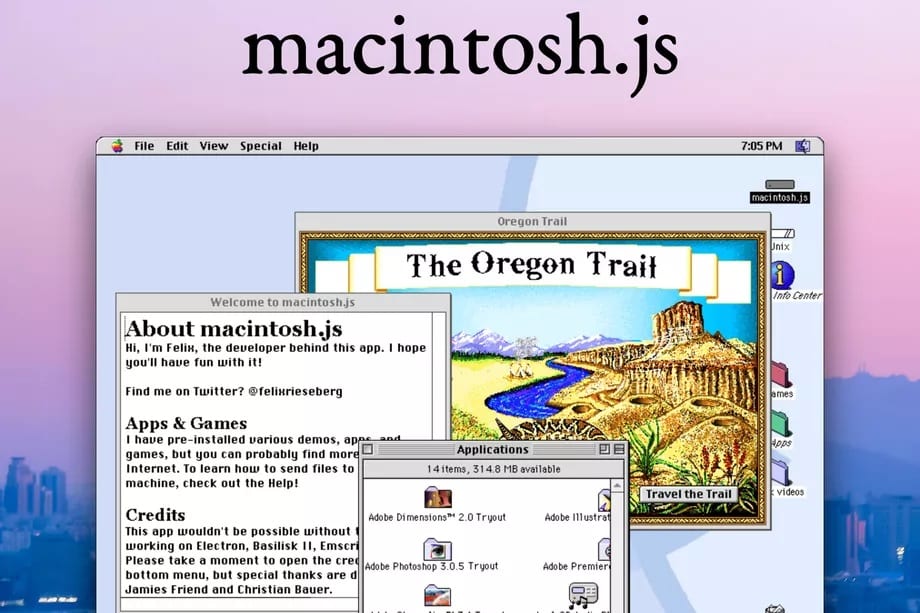 Mac OS 8 electron version is downloadable on macOS, Windows, and Linux, and you can easily install the app on these devices effortlessly. Thanks to Slack developer Felix Rieseberg, who has transformed Mac OS 8 into an app you can install on your Mac or PC.

Well, this isn’t the first time, back in 2018, he transformed Windows 95 into an app, allowing you to also download and install in any of the aforementioned software.

After being successful on the Windows 95 transformation, he went further to turning an entire 1991 Macintosh Quadra with Mac OS 8.1 into a single Electron app. With the help of an old MacWorld demo CD from 1997, he added a series of apps and games.

According to TheVerge, who noted that the macintosh.js app is written entirely in JavaScript, and it uses a virtual machine to emulate a Macintosh Quadra 900 with the Motorola CPU Apple used before its transition to IBM’s PowerPC chips.

Rieseberg says the Internet Explorer and Netscape are preinstalled but confirmed that “the versions are so old that you wouldn’t be able to open even Google.” If you are interested, you can easily download from GitHub.

Note that all of the standalone versions are less than 250MB. Awsome might be the word to describe how good and heartwarming to feel the nostalgia ‘90s version of Mac OS in JavaScript.