It is no longer news that the latest Android 6.0 version Marshmallow is currently updating into all the Android integrated 5.1 version and many love the update i.e Tecno C8, Infinix Hot 2, Samsung, LG, Xperia and rest of them. 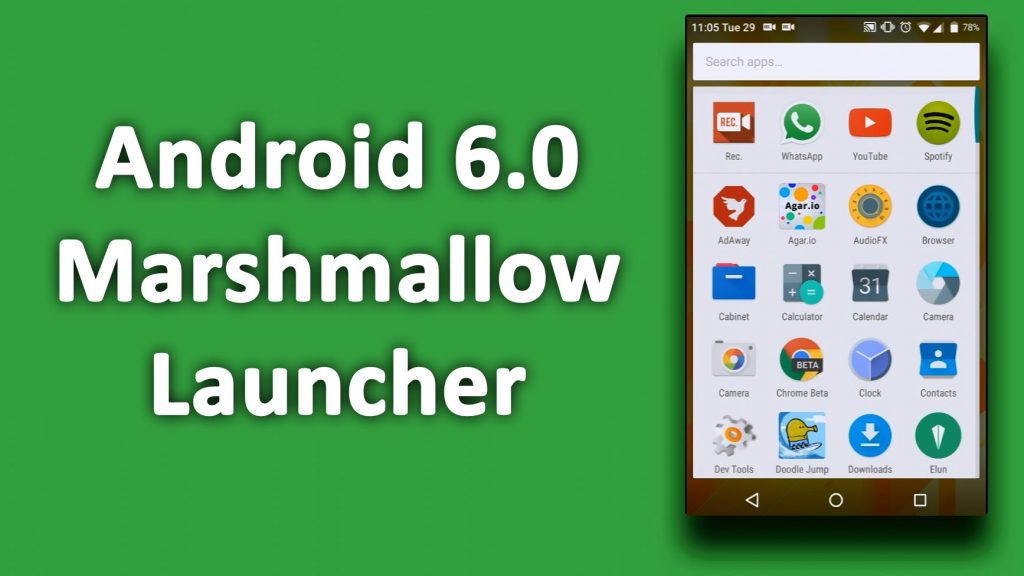 Below are different varieties of the best Android Marshmallow 6.0 Android Launcher application for all Android Phones running the latest Android Version. With the below launchers, your Smartphone will change automatically to your own taste.

The best and brand new Marshmallow launcher and theme. Why I love this Launcher is that, it is a Free Android App but it offers pro-features inside app interface.

The MM launcher is very smooth in action, it doesn’t change much. The MM Launcher – Android M Launcher arrives with its latest version 1.3 version. With this launcher, you can edit desktop; support lock desktop, you can even change launcher desktop grid size and icon size.

Imagining you looking at the new “The Marshmallow look” after downloading this Launcher. It is one of the best launcher, the interface is real too good for Android Phones running the Android 6.0 Marshmallow version.

After downloading The Marshmallow Launcher v104.5, you have to do this:-

i. Go to drawer setting from launcher setting
ii. Now check the ‘Show the pages as cards’
iii. “Drawer card color” to white
iv. “Drawer “background color” to black
v. Set the “drawer transparency” to your liking recommended 90%… Then you are good to Go!

You might have come across this launcher, but are you aware that it is for Android 6.0 Marshmallow device? This Android M Launcher is suitable for Android 6.0 devices because it is well featured, well decorated and well and highly customized. 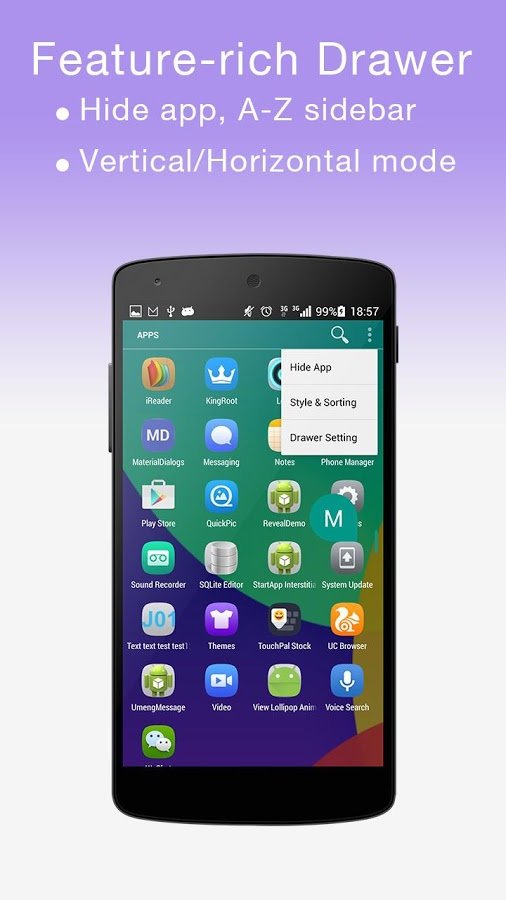 This M launcher is fast and very Powerful launcher. With M launcher, you can enjoy more different features including your Phone turning into a beautiful interface.

Icon Pack HD version 2.0 APK file for Android is the latest Android 6.0 Marshmallow Launcher. It is free, fast and suitable for all Android Phones running the Marshmallow 6.0 latest version.

It is a subtle, minimalist & elegant theme created after months of hard work. It is stunning for its creation and it also changes the display of your Phone, brings out the beautiful icon display on your Device. 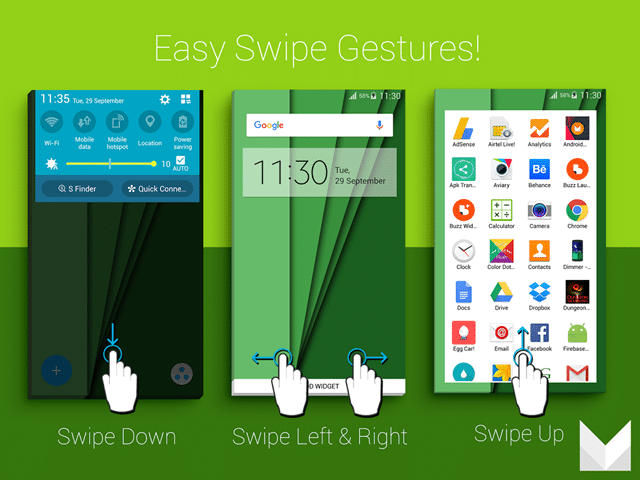 I am going to give the STOP sign for now but later on, we will continue to Update you with the latest Launcher for Android 6.0 Marshmallow devices.

Please if you encounter trouble, in downloading any of the launchers or if you have any other question to ask, please do well by using the below comment box.