Doogee Mix 4 is another prototype Smartphone that might feature the true bezel-less design, which is similar to Vivo Apex! Although, either of company haven’t won the title yet! Talking about bezels on phones? Just skip the Doogee Mix 4!

The concept phone, Apex, was spotted with a unique design featuring complete bezel-less design and the phone skipped the iPhone X notch by offering a pop-up camera pixels at the back. So, we are expecting the both phones sooner or soonest!

This is the Doogee Mix 4 Smartphone with complete bezel-less design. Guess what? The Chinese company was founded in 2013, ditched the notch display design, which was first seen on Essential phone and then later on iPhone X! By bringing up a newer idea that allows you slide the back a little bit to expose the camera pixels, light sensor and speaker! 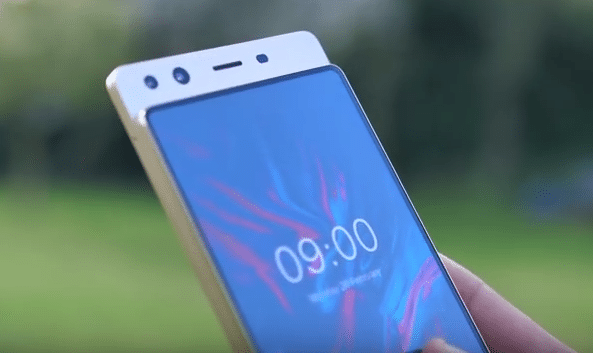 TheVerge calls the phone “bezel-less and a notch-less” You might want to know that Doogee company made the Mix series a bezel-less device with some realistic display. After the launch of the Mix 2 and Mix 3, the company wants to jump into something more flexible and eye-catching! And it is worth it!

The dual-layer is accompanied with a 11mm, making it more thicker. The dual-layer are of two designs; metal and glass. A thin front layer contains the screen, while all the other components are in the back.

As already pointed out, the phone hides the selfie camera pixels, light sensor and speaker. So, that might be an issue or if not necessary. This will force you to tuck in your headphone, earpiece or connect of those beautiful Bluetooth headphone out there, just to answer a phone call, as you wouldn’t be very comfortable to talk on, when your ear is pressed up against a sizable ridge!

There is no space to house the physical home button and the company decided not no include the Fingerprint at the back, so yep, it phone will come with a under-glass fingerprint sensor, which is similar to Vivo X20 Plus UD.

“The dual-layer design which is more thicker could lead to flexing and creaking” YouTube user Mrwhosetheboss said! That is a great concern! Probably, that is the finest way of hiding those camera, sensor and speaker without going the notch-way! 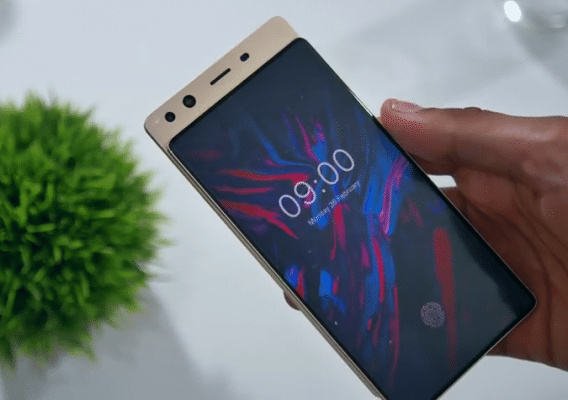 The company will come with Snapdragon Processor coupled with a 6GB of RAM and if this comes true, then it is the first time, Doogee phones will arrive with such processor. 64GB internal storage expandable up to 256GB via Micro SD card and due to the cause of metal and glass, the phone might weighs 210g!

May come with Samsung Super AMOLED on screen display, giving it a premium look! On the back, the phone was spotted with a dual camera. The might also comes with a 8.0MP + Rear 16.0MP + 13MP cameras

Note: Take this rumored specs as a pinch of salt as the company might decides to change the specs when the device is officially out!

The Full concept device video is on Youtube, done by Arun Maini, also known as YouTuber Mrwhosetheboss. He is the first person to unbox the phone as a Prototype!

Doogee usually launches their Mix devices by the year ending. So, we might also expect the Mix 4 to go on sale by then also. Mix 4 will be available in December!