Dell has introduced its latest 2-in-1 Laptop PC, the XPS 12 (2018) comes with elegant display. Stylish in design, slimmer, thinner and more flexible than any other of their past laptops and it is one of the best, you can get right now!

The new Ultrabook features a crazy design and a powerful processor performance. It come with a Intel’s new 8th-gen CPU and Core i9 processors with a GTX 1050 Ti graphics card option and runs on Windows 10.

The price tag on the new Laptop isn’t over estimated. The new Laptop features a H-series Core i9 processor; which was unveiled by Intel alongside the new Dell laptop, 8th-gen CPU, 4K video-editing speeds, plus the upgraded 1050 Ti GPU that can play Full HD games.

The Laptop comes with a 15.6-inch 4K InfinityEdge touch screen display. It looks more sharper and brighter than its 2017 model. It comes with 17mm thickness and weighs 1.8kg (4 pounds) and also the bezels on the laptop are so thin that touching the panels on the screen side, might also lead to touching the screen also.

The design on the new Dell laptop isn’t different from its past predecessors; the same aluminum lid with a carbon fiber palm rest design. Because of the InfinityEdge on the new Laptop, Dell has incorporated a webcam at center bottom, below the screen, which isn’t a good placement when compared with other competitive brands.

The new Dell’s laptop gives you a beautiful view with the 4K Ultra HD resolution packing 8 million pixels. But with such Full screen display size and design coupled with the InfinityEdge, slim and thin panels, light weight and lesser thickness, gives it a thumbs up ahead of its rival.

The new Dell 15-inch 2-in-1 laptop arrives with a H-series Core i9, 8th Gen Intel Core processor and the company Radeon RX Vega M graphics along with a 4GB of dedicated high-bandwidth memory. The processor performance on the laptop is enriched for faster and smoother operation; editing or viewing 4K content, intensive gaming etc.

The new Core i9 chips on the new Dell Laptop adds up to the expenses. The company includes an in-built ultra-thin GORE Thermal Insulation, which provides thermal conductivity levels. This helps to cool your Laptop during the intense usage.

While on the go, the company promises up to 15 hours, 53 minutes of battery life. It also has the two-securities format, one is the infrared camera with Windows Hello that recognizes your face, that is the facial recognition while on the other hand, there is also the optional fingerprint reader integrated into the power button. 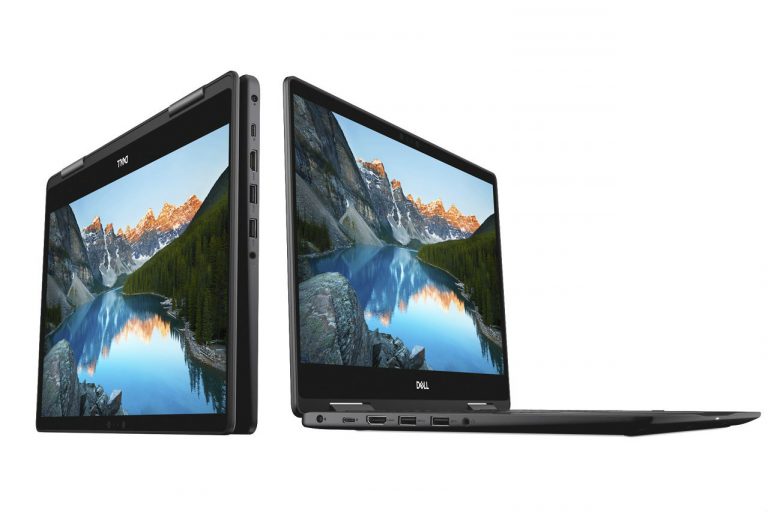 To go on Sale in April 16th. The official price not yet known but the starting price is $999 and can be bought in the company website when available.