Today, we will be listing out the complete Countries that Legally BANNED Facebook, Twitter and YouTube and it is not done by the Citizen but by the country’s governmental system.

Did you know that Facebook celebrated its 12th anniversary in Feb, 2016? The social networking giant currently has over 1.59 billion users, but there are still political leaders around the world who don’t want their country to have access to the site, or those who have banned it in the past amid fears it could be used to organize political rallies.

Below are the list of countries that has no serious  issue with anybody or company but they just have to banned the social media in their country and some of them, went ahead to clone Facebook, in order for their citizen not to feel separate from the normal world.

However, most of the below countries didn’t actually banned Facebook or any other social networking website but it is very hard to access the website on your phone. laptop or device of any kind.

You won’t believe that this government has to ban Facebook because few certain people shared and posted drawings of the prophet Muhammad, they should have contacted Facebook management to take down such content but however, something happened!

The ban was lifted two weeks later but Pakistan vowed to continue blocking individual pages that seemed to contain blasphemous content, this is according to their doctrine.

Pakistan blocked access to the website in 2010 after a Facebook page, created to promote a global online competition to submit drawings of the prophet Muhammad, was brought to their attention. Any depiction of the prophet is prescribed under certain interpretations of Islam.

Update – April 4th, 2017: ISLAMABAD: The Election Commission of Pakistan (ECP) has banned use of social media websites in its offices across the country.

ECP spokesman said the decision has been taken in the wake possible cyber attacks on the election commission’s computer network in Pakistan.

The social media site was first blocked, following the July 2009 Uighurs riots after it was perceived that Xinjiang activists were using Facebook to communicate, plot and plan.

Since then, China’s ruling Communist Party has aggressively controlled the internet, regularly deleting posts and blocking access to similar websites.

Somehow, the ban on Facebook was lifted in September 2013. But only within a 17-square-mile free-trade zone in Shanghai and only to make foreign investors feel more at home. For the rest of China it is a waiting game. 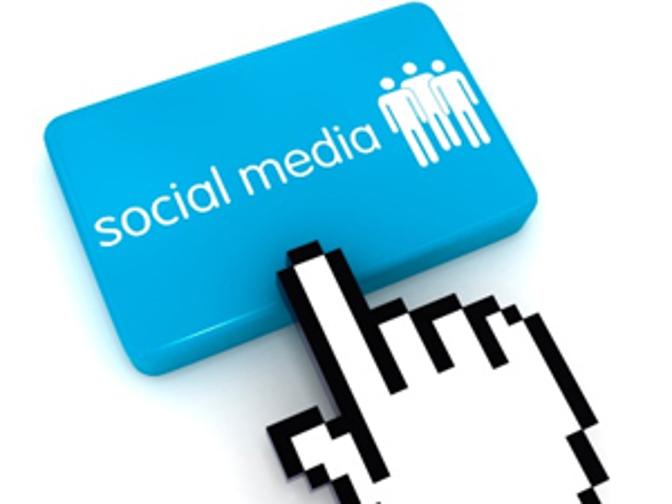 North Korea citizen are using Technology separately from others and banning Facebook is one of them.Can you believe that the leader of North Korea, Kim Jong-un was educated in Europe and yet, he never accepted Technology.

Although a new 3G network is available to foreign visitors, for the majority of the population the internet is off limits. But this doesn’t seem to bother many who, not knowing any different, enjoy the limited freedoms offered to them by the country’s intranet.

A limited number of graduate students and professors at Pyongyang University of Science and Technology do have access to the internet (from a specialist lab) but due to the fear of the outside world, many chose not to use it. Don’t expect to see Kim Jong-un’s personal Facebook page any time soon.

Only politicians, some journalists and medical students can legally access the web from their homes. For everyone else the only way to connect to the online world legally is via internet cafes.

This may not seem much to ask but when rates for an hour of unlimited access to the web cost between $6 and $10 and the average salary is around $20 getting online becomes ridiculously expensive. Web pages can take several minutes to load: definitely not value for money for the Caribbean country.

Another most feared or anti-social country is Iran has who officially and legally blocked Facebook, Twitter, and YouTube on and off (usually off) since they were banned in 2009 following Iran’s contentious presidential election.

In Iran, however, political leaders have taken to social media- despite both Facebook and Twitter officially being extraordinarily difficult to access in the country. Even President Hassan Rouhani has his own Twitter account, although apparently he doesn’t write his own tweets, but access to these accounts can only be gained via a proxy server.

Facebook was initially banned in the country after the 2009 election amid fears that opposition movements were being organized via the website.

But things are beginning to looking up as Iran’s Culture Minister, Ali Jannati, recently remarked that social networks should be made accessible to ordinary Iranians. So you can be expecting any Iranian twitter account anytime sooner or later.

One of the most deceptive country today banned Facebook across Bangladesh in 2010, reasons, due to the posting of Satirical cartonized images of the prophet Muhammad, along with some of the country’s leaders. A man was caught “spreading malice and insulting the country’s leaders”.

However, unlike North Korea or any other country, the ban lasted for an entire week while the images were removed.

Since then the Awami-League led government has directed a surveillance campaign at Facebook, and other social networking sites, looking for blasphemous posts. So talking about about Freedom, there is none over there.

Reports suggested that technicians has been ordered by the government to block the social networking site, with a supposedly official decree leaked on the internet (although is authenticity was never confirmed).

The government denied deliberately blocking Facebook although access to the site today is still hit-and-miss in the country.

Alongside this, what can be said on social networking sites like Facebook has also become limited. Decree 72, which came into place in September 2013, prohibits users from posting links to news stories or other news related websites on the social media site.

Some Online Freaks or Facebook freaks in the nation decided to create a fake account and uploading images of their Mauritius Prime Minister Navin Ramgoolam and when discovered by the government in 2007 the entire Mauritius Facebook community was plunged into darkness. But the ban didn’t last for long as full access to the site was restored the following day.

Currently, Facebook needs to ban all the Facebook Fake Celebrity Account in order to create free actualization of their aim 2017. Producing fake online profiles of celebrities is something of a hobby to some people. These days it would seem Dr Ramgoolam has his own (real) Facebook account.

The Ban however lasted for several days but the Egyptians took to the streets in 2011 in an attempt to overthrow the regime of Egyptian President Hosni Mubarak the government cut off access to a range of social media sites.

As well as preventing protestors from using the likes of Facebook to foment unrest, many websites registered in Egypt could no longer be accessed by the outside world.

Twitter, YouTube, Hotmail, Google, and a “proxy service” – which would have allowed Egyptians to get around the enforced restrictions- seemed to be blocked from inside the country.

Syria, however, dealt with the Arab Spring in a different manner. Facebook had been blocked in the country since 2007 as part of a crackdown on political activism, as the government feared Israeli infiltration of Syrian social networking sites.

In an unprecedented move in 2011 President Bashar al-Assad lifted the five year ban in an apparent attempt to prevent unrest on his own soil following the discontent in Egypt and Tunisia.

During the ban Syrians were still able to easily access Facebook and other social networking sites using proxy servers.

Did you know that; Since 2009, Google has counted 16 disruptions to YouTube in 11 regions, often in the wake of protests?

*. In March 2009, Bangladesh blocked YouTube for four days after someone posted a video of a meeting between army officers and the Prime Minister that revealed unrest in the military. Bangladesh blocked the network again for an extended period between 2012 and 2013 over an anti-Islam video.

*. Libya blocked YouTube (and other social networks) for 574 days between 2010 and 2011, after the site hosted videos depicting families of prisoners killed in Abu Salim prison demonstrating in Benghazi, according to Human Rights Watch.

*. Tajikistan has blocked YouTube more than once, most recently in 2013, over a video of the president dancing.

*. Afghanistan blocked YouTube for 113 days between September 2012 and January 2013, after fears that an anti-Islam film on the site would spark further riots.

Did you enjoy the article? Some social website or video watching centre was being blocked by Government due to some hilarious reasons, one was because they saw their president dancing, they could have overlook the situation and take down the video than blocking the entire citizen from freedom.