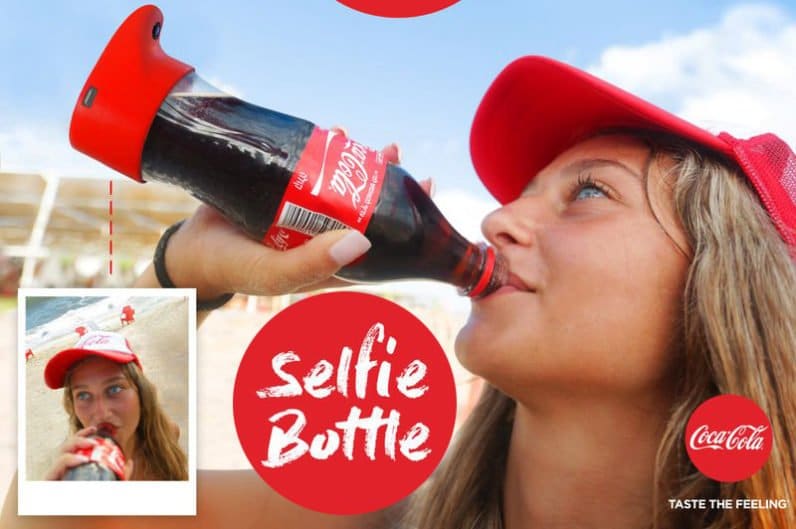 Coca-Cola isn’t joking! Although this is not the first time Coca-Cola would be adding a little taste of technology to their products. And to be frank, it is really hilarious. And guess what, everyone seems to be in-love with it!

The Coca-Cola ‘selfie bottle’ lets you snap pics as you sip your health away! Interesting right? But what in God’s name, would someone be needing a Selfie camera when sipping their favorite juice? These are one of the many question customers would ask on purchasing the drinks.

And Coca-Cola are not just trying to add the mixture of drinks and technology to make the taste more sweeter but they are looking for something else, something more powerful, something more bigger and that is the “Social Media Power and Attention”

We all know that Social Media is no longer surrounded by dummies, illiterates but by expatriate, scientists, educationist, powerful people and more. And one way to be noticed is by “Introducing an Innovative Technology” that upon seeing it, you will get amazed and flabbergasted.

The iconic beverage-maker has unveiled a custom-designed ‘selfie bottle’ camera that lets you casually take snaps as you slurp its less than nutritious refreshments.

The ‘selfie bottle’ automatically snaps pics of you whilst taking swigs of soda. To pull this off, the tool uses a proprietary camera technology that captures a photo anytime the device reaches a 70-degree tilt – which is the angle at which most people drink.

Gefen Team had to say:

Users tag themselves and their friends in photos on Coca-Cola’s social media assets. It really does the trick and makes the partygoers more present and active during the event, knowing they can share their special moments just by drinking.

Meanwhile, before this, they have done some amazing stuffs. Coca-Cola is nevertheless toying with the idea of turning 12-packs of soda into pretty legit VR headsets. See the Video Below;

While a lot of assembly is required, it’s one of the better ways we’ve seen VR find its way to the masses. Even if you don’t drink soda, someone you know that does would probably give you their empty case.

Is this Not Cool? To me it is! Are you happy, then share this with your friends online using the below share buttons. Thanks.