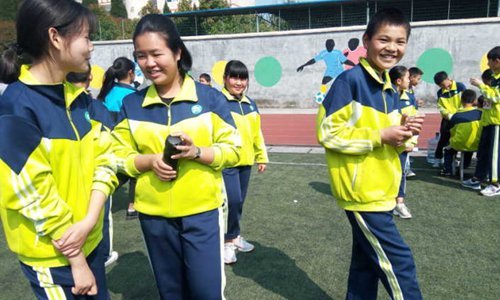 As doubtful, it may sound but Chinese are always going a notch higher in technology world, and today, they have just proven that.

Right now, locations and whereabouts of children going to schools in Chinese are being monitored and tracked, by the uniforms they wear, it is called Smart Uniforms.

Chinese schools are using ‘smart uniforms’ to track their students’ locations. The reason of tracking the children, is to encourage better attendance rates.

How does it work?

Well, it sounds too frightening to be true, but in reality, here is how the tech in those students uniform works. Although, they have been putting on this since 2016.

For tracking, each of student uniform has two inbuilt chips in the shoulders. This will enable the appropriate management to know when a child exists the school.

Face ID, built right inside the uniforms, is a small quantity of facial recognition software at the entrances to make sure that the right student is wearing the right outfit.

Alarm, and to keep the school premises in order, when you try to leave during school hours, an alarm will go off. Moreover, there are advantages and disadvantages.

The chips can apparently detect when a student has fallen asleep in class, and allow students to make payments (using additional facial or fingerprint recognition to confirm the purchase).

Despite having those little techs built right inside those clothing, students can also wash, and rewash their uniforms without any hindrances.

The developers on this Smart Uniforms are Guizhou Guanyu Technology Company, confirmed that each outfit can endure up to 150 degrees Celsius (302 degrees Fahrenheit) and 500 washes.

The company promised that the tech is being used within the school arena, after school, there is no tracking: “We choose not to check the accurate location of students after school.” Lin Zongwu, Principal of No. 11 School of Renhuai, said.

In his school, over 800 students have been wearing the smart uniforms since 2016. The uniforms are being used in 10 schools in China’s Guizhou Province region.