Well, the Artificial Intelligence is slowly taking over our usual and normal day-to-day activities. Reports has shown it that AI might control the world sooner or later.

Despite the facts that they also have some deficiency too, a few months ago, Facebook and Google deliberately shuts down their AI program, reason; they began speaking to each other in a different languages that wasn’t programmed for them.

China is about to take the World by storm, as they will soon unveil a “Police Station Powered and Controlled by AI and Face Scanners” Pretty much creepy tho.

For this part of the world, I am, it is a little creepy to walk into a station to report and all you could see are robots attending to you, they scan your faces all throughout and many others.

But I sincerely find it useful, convenience and very fast, since Beings are no longer interested in working a little bit faster for citizens. 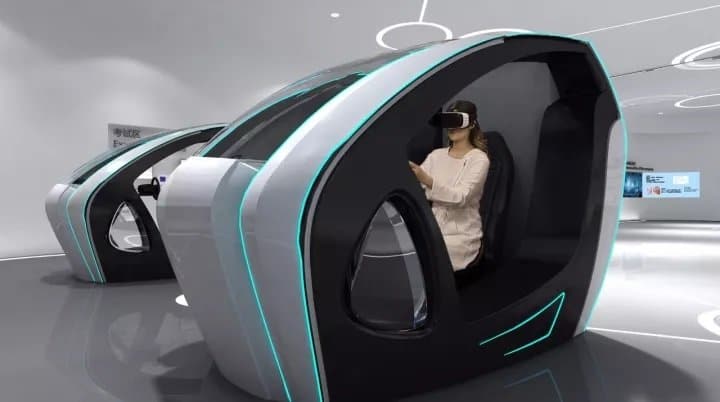 According to a report from Chinese financial paper Caijing Neican;

“The station is designed with driver and vehicle related matters in mind. It will provide driver’s examinations via simulator, registration services, and feature advanced face-scanning technology developed by Tencent.”

“Police stations are crucial state organs of power. Public security enforcement is the most important social service provided by the government.”

“But today, they are also changing and advancing with the times! The light of AI has begun to shine on this area.”

The newspaper report added: “No need for ID cards or photos, no need to run around filling out forms or certificates, no need to prove ‘I am me’ – the facial scan is enough.”

Once the station has opened, it will run 24/7 to meet the demands of its citizens.

This is Good tho, China are known for embracing Powerful Technology Equipment and being the first on this AI Police Station, then they can do indulge in more technology powers.

Humans are not always qualify for a Job but I still prefer Humans than AI, Robots on some certain tasks or Jobs. Interaction Matters or Who EPP!