At first, if somebody says to me, “Hey, guy i want to take a selfie” guess what i would say within me “what is the meaning of selfie” and the reply i usually give to them is “yea, go ahead”

But thank God, one certain day like that, I quietly went to someone who knew so much about it. After asking him, he told me everything in details.

Selfies, as you may have surmised, are not (yet) a very popular field of study, given how (1) Niépce didn’t know about Anthony Weiner when he invented photography, (2) Robert Cornelius had no idea what he was doing in 1839, and (3) taking a picture of your own head is really more of a modern phenomenon.

So today, I would be sharing with you everything you need to know about Selfie -good -bad and the side effect of it. But before that, do you know what’s called selfie shoe?

What is the Meaning of Selfie?

On social network like Facebook, twitter and the rest, you might have come across the word “Selfie” and if you are not educated to that aspect, you would be like “this people they might be mad” but after reading this article today, you will know the full meaning and other necessary things of Selfie!
Firstly, Selfie to a lay man understanding, is when you take pics of yourself using your hand, selfie stick or selfie shoes.

Secondly, in another way -selfie pictures is a self-portrait taken to upload on social media.

The Selfie word has brought so many untimely death to people this year and trust me, some people thought that the selfie was a kind of an act made from the deep depth of hell but hell no, it is not!

Thirdly, the dictionary formally defines a ‘selfie’ as “a photograph that one has taken of oneself, typically with a smartphone or webcam, and uploaded to a social media website, it could also describe our self-absorption with the social media – the need to put up our ‘status’ , ‘state of mind’ or self-taken and self-edited pictures in the virtual space.

You do not have to take selfie everywhere you go, atleast, if you must, the you need to study where you are standing. According to suicide news, people die due to selfie position or styles, such as dying by falling or dying by sleeping but we can never be skeptical about it.

Forthly, image consultant Nidhi Sharma, also says, it is “Showcasing a slice of life has become so natural that we don’t feel we are actually experiencing anything, unless one or many of our virtual ‘friends’ acknowledge it.”

It sounds weird to say but it is the truth because it stays live. According to the online news about selfies, there have two types of tools, currently used to take selfies, there are:

Funny right? yea, at first, i thought, they were joking until I saw some images where people using it to take some pics. And also, I confirmed it when Nigerian’s Online store are advertising it. Such as Jumia, Kaymu and the rest. 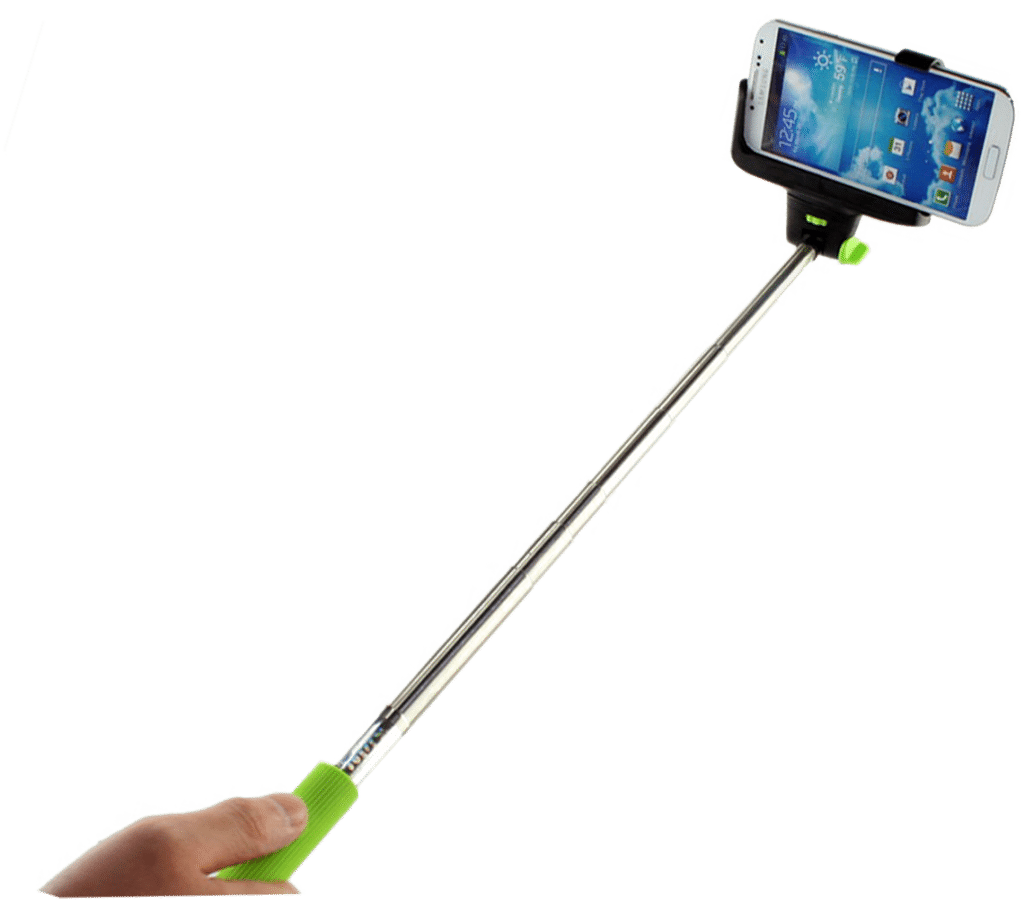 The price of this Selfie Stick differs within some online stores, but when I first saw it on Kaymu, it was somehow greater than N3,000!

*Laughing* the size of this Selfie shoe is just like the size of Four Face Shoe. If you are familar with Four Face, trust me, you will confirm what I am saying.

The mouth of the shoe has it place where you can pin and hold the phone, after which, you can ly down and take some pics or you can do your style, as far as it suites your mode.

The invention came around when Miz Mooz, the company behind the product realized the problem with selfie stick – it was an extra thing one had to carry around and thus Selfie Shoes were born.

There was also one more important thing you need to know about the Selfie Shoes – they d not exist. See short video below:-

Yes! Miz Mooz released the products as an April Fool’s prank and we have got to give it to them for making it so realistic,

Right now, I am not 100% sure that this Selfie shoe is for sale at any Nigeria Online Retail Shop. But for the Mean time, you can flex the selfie shoe and see the different of using your hand and using selfie stick!

Brief History of Selfie and How it started

According to timesofindia, For a decade, the word went mostly unnoticed by the world… until 2012. All of a sudden, ‘selfie’ became a buzzword online as people happily posted self-shot pictures onto their social networking profiles.

By August 2013, Oxford Dictionaries stoked the fire of lingual infamy by giving it a place in the respected dictionary, adjudging it as a real English language word. The justification ? Language research revealed that the frequency of the word in the English language has increased by 17,000 per cent since this time last year.

It makes it a lot easier to date a photo when you can see where you are, and can conjure up a whole load of extra memories based on yourself — whether it’s for good or for bad.

What You Probably Don’t Know about Selfie!

*. Do you know that Oxford Dictionaries has proclaimed it the ‘word of the year for 2013!

*. Do you know that America’s First Lady Michelle Obama has done it.

*. Do you know that Pope Francis, international space station astronaut Aki Hoshide (in space, no less) have done it.

*. And self, Hollywood legend Meryl Streep is also on the list.

*. Do you know that on Instagram alone, there are 57 million photos with the hashtag #selfie

*. Do you know that Aussie survey found the most popular moments for clicking selfies are holidays and social events

*. Do you know that on september 2013, we got report of how a large number of Hong Kong Marathon runners crossed the finish line with scrapes and bruises they got colliding with selfie-takers among them.

*. Do you know that Young people upload selfies often to seek approval and gain compliments on their appearance.

*. Do you know that Selfies could “help reinforce the idea that what matters most in this world is how things, and people, look.”

*. Do you know that there are ways to look hotter.

Some Facts that Shows that Selfis Isn’t Good at all!

#1. They could damage your self-esteem.
#2. People die once in a month or few weeks due to selfie -especially taking selfie on not solid ground.
#3. Selfies is terribly limited at the moment.
#4. In extreme cases, give you body dysmorphic disorder.
#5. You could become addicted to selfies

Dr. Andrea Letamendi, a clinical psychologist and research fellow at the UCLA, says:

Some Solid Advice One Should Listen To -Selfie Takers

Don’t be overly dependent on the praise you get from selfies to build your sense of self, as there is a fine line between confidence and over-confidence.

* Be careful to keep the picture uploads in check so that it does not become such an obsession that you upload selfies multiple times a day in order to get a reaction.

* These platforms are used by millions all over the world, and there is a chance of pictures being misused. Make sure your social media profile is set to private, so that only friends and family have access to your photo uploads.