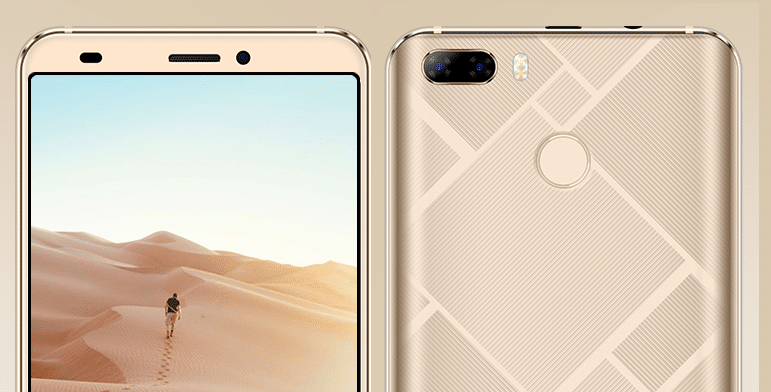 This is the Blackview S6 and S6 Pro with breath taking specifications. Both phones are monstrous Android Smartphones and comes with the combinations of Unibody, elegant and rugged. Both phones were launched in 2017.

The S6 and S6 Pro arrives with metal build design, slim and sleek in nature, giving it an amazing feel when holding. Also comes with magnetic fingerprint sensor at the back (rear).

They comes with a 5.7-inch IPS LCD multi-touch display with 18:9 screen ratio rounded corner and resolution of 1440 x 720 pixel. Both featuring a Aurora Silver, Magic Black and Platinum Gold color variation, which of course, matches your fashion style and sense.

It sports a 8MP dual rear camera with aperture of f2.0, comes with Autofocus, Geo-tagging,Touch focus, Face detection, you can do more wonders which supports dual LED flash and a 5MP front camera. So you have dual camera setup at the back while on the front, you have a front facing camera.

Both the phones comes with quad-core MediaTek MT6737T processor with Mali T720 GPU on Android 7.0 Nougat OS and 2GB / 3GB of RAM, might not be one of those, high end specs but you can run various apps seamlessly. Also packs 16GB of inbuilt memory and expands 64GB memory via microSD card slot.

On the connectivity front, the device supports for a Bluetooth v4.0, Wi-Fi 802.11 b/g/n, GPS, Dual Sim, 4G LTE, 3.5mm audio jack and micro USB port. So you can browse and download more faster.

To power the phone house, Blackview gives it a 4180mAh battery with fast charging technology and for your securities, you can have both Fingerprint scanner, to unlock faster with other traditional securities such as Passwords, Pin, Patterns. There is NO face unlock.

Don’t panic, you can get the new S6 and S6 Pro now from Gearbest for an affordable price of $100

Are you looking for high-end smartphones to fit your lifestyle? And you are working on a budgets? Don’t worry, Blackview understands with the new Blackview S6 and Blackview S6 Pro! A Budgeted Smartphones with Clear Insights of Technology!