This is heart breaking! Blackberry has just sued virtually all the social media website which includes the top visited ones from Facebook, Whatsapp and Instagram for infringing on its messaging patents.

It seems like joke, these website are all under Mark Zuckerbergs enterprises. Well, they were all filed in a lawsuit in California. 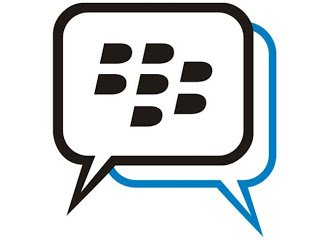 BlackBerry claims in the lawsuit that the social media companies developed messaging applications that “co-opt BlackBerry’s innovations” by using patented features touching on security, the user interface, and battery life.

“We have a strong claim that Facebook has infringed on our intellectual property, and after several years of dialogue, we also have an obligation to our shareholders to pursue appropriate legal remedies,”

Facebook brushed off the suit as little more than a desperate move from a fading company. “Blackberry’s suit sadly reflects the current state of its messaging business. Having abandoned its efforts to innovate, BlackBerry is now looking to tax the innovation of others. We intend to fight” Paul Grewal, Facebook’s deputy general counsel, said in a statement.

BlackBerry was an early leader in the messaging market with the success of its smartphones and BlackBerry Messenger product in the mid-2000s. The patents cited in the lawsuit describe foundational elements of today’s messaging services. One patent deals with notifications for the total number of unread messages.

Other patents address photo tagging and messaging time stamps. BlackBerry is seeking unspecified monetary damages. It also appears to be seeking a partnership. “As a cybersecurity and embedded software leader, BlackBerry’s view is that Facebook, Instagram, and WhatsApp could make great partners in our drive toward a securely connected future,” the spokesperson said in the statement.

It is very unfortunate! And it is a trying time for Blackberry!

BlackBerry Key2 LE launched as a cheaper variants of the Key2

Blackberry Evolve and Evolve X is their latest Smartphones