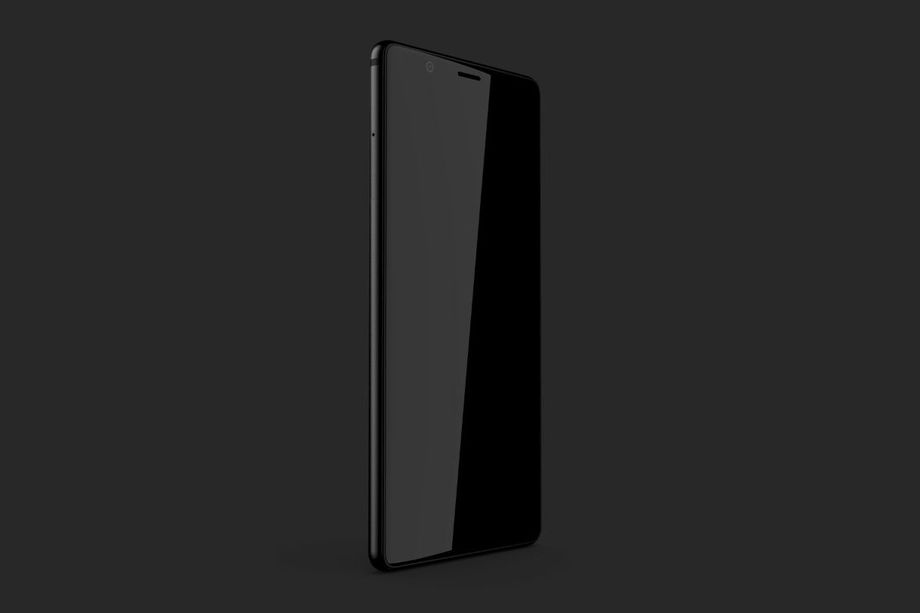 The Canadian company, Blackberry Phones is finally back on Android Smartphone with a new take, a new different approach on the designs of the phones.

After the launch of the Blackberry Motion, which was a magnificent phone to behold and it is the company’s first water-resistant Android Smartphone. Later on, Blackberry were rumored to launch some few smartphone (Athena, Luna, and Uni) during the MWC, but we were cut short of our hope. We are still looking forward before the year runs out.

This time around, Blackberry are rumored to launch another Smartphone this year, codename is BlackBerry Ghost, sounds weird right, well, it isn’t official yet, probably, the name might change before the launch or it might remain the same.

Although, this isn’t the first Blackberry Android Smartphone. They have successfully upgraded from those full keyboards phones to complete touch screen phones last year but that still doesn’t change the way, most people see the brands name.

The BlackBerry Ghost is an upcoming premium handset and according to the report, is a high-end bezel-free Smartphone will run on Android and might be launched / released into the Indian Market before global launch.

According to Evans Blass, the phone would be coming from licensee Optiemus. The “Ghost” is being designed/built by the Delhi-based telecom, Optiemus, following a licensing agreement announced early last year.

Blackberry, itself, stopped manufacturing phones back in 2016. They’ve outsourced their license to TCL/BlackBerry Mobile, BB Merah Putih and Optiemus Infracom so that they can build BlackBerry-branded handsets instead, across different regions.

Also know that, Blackberry aren’t the ones launching the smartphone, the BlackBerry name is licensed out to Optiemus Infracom. And it is the first BlackBerry phone by that company.

It is an Indian telecommunications giant that acquired the license last year to develop and sell BlackBerry products in the country.

Optiemus also acquired rights to BlackBerry for Sri Lanka, Bangladesh, and Nepal. In every other world market, Chinese multinational TCL handles manufacturing, distribution, and design of all BlackBerry devices under the brand name BlackBerry Mobile.

More update concerning the Blackberry Ghosts, will be updated here.