The Xiaomi Black Shark was launched at an event in Beijing, China. It packs a features a 6-inch, 18:9 IPS LCD with Full HD+, 2.5D display with a high 2160 x 1080 resolution display, powered by a Snapdragon 845 chipset with Adreno 630 GPU. To provide more realistic game play, it features sophisticated contrast management and sharpness.

The body of the phone is in an X-shape for a better grip. It features a 161.6 x 75.4 x 5.1mm dimension and weighs 190 grams. Which is quite heavy and differs from other Smartphones. 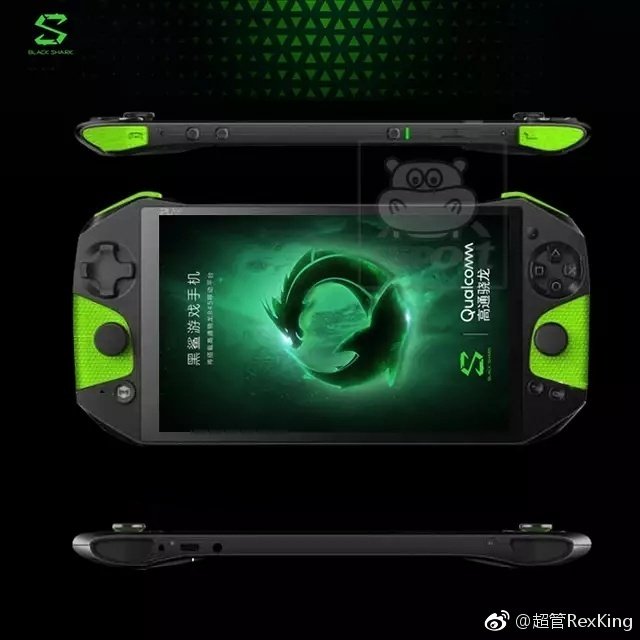 It comes with physical home button, which houses the fingerprint sensor scanner and on the back, it comes with a dual camera setup, a 12MP + 20MP with f/1.75 aperture and 6P lenses, plus dual-tone LED Flash. The front camera arrives at 20MP with an f/2.2 aperture and 5P lens.

It is fueled by a 4,000 mAh battery with Qualcomm Quick Charge 3.0 and USB Type-C connectivity. The device runs on Android 8.1 Oreo with JOY UI on top. The Black Shark has one speaker, but the earpiece acts as a second one for a Biso stereo sound.

It also supports one-sided, “plug-and-play” gamepad that attaches to the device, which is similar to Nintendo Switch. The external gamepad comes with an internal 340mAh battery, that can stay longer for around 30 hours of gaming on a single charge, and connects Bluetooth.

As pinpointed by GSMarena, it comes with a dedicated “Shark” button on the left side that that can be pressed to enter a high-performance gaming mode. This gives you all the available performance. The phone comes with an integrated liquid cooling system to avoid overheating

The handset will go on sale in China in two colors, Polar Night and Sky Gray, You might want to pre-order it now from JD.com until April 20th as the first 50,000 buyers will get the external gamepad for free. 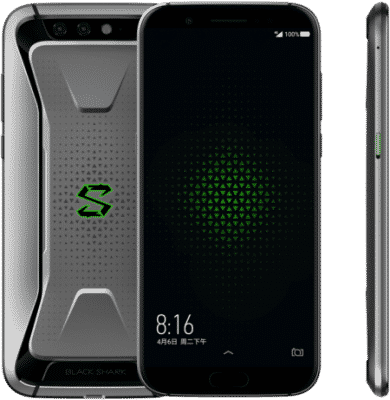 With Pixelworks Iris chipset, Blackshark is the first to offer this type of superior user experience on a smartphone.”

Pixelworks CEO Todd DeBonis added, “Xiaomi-backed Blackshark has released a truly innovative phone that leverages Pixelworks Iris technology to offer users cinematic quality video, true to life color accuracy and bring mobile gaming to a compelling new level. We are excited to have worked closely with Blackshark to enable many of the advanced video capabilities featured on their flagship smartphone.”