Big Brother Nigeria Season 4: Big brother Nigeria is a TV show series, which lasts for just 3months and it has been making wave since its first audition.

In 2018, Miracle emerges as the winner of Big Brother Nigeria, which is also known as Bbnaija! And Cee-ce as the first runner up.

It was definitely a thrilling TV show, and a memorable one for that course. Today, we will be talking about Big brother Naija 2019.

Where are they hosting Bbnaija 2019?

Nigeria, the big brother naija 2019 season 4 edition will be held in Nigeria. This is coming after the reality TV show hosted its last season 13 years ago.

Probably, this is coming after the Nigerian government blasted them for hosting the Season 3 in South Africa. It was definitely an appealing show for everyone.

The TV show usually begins every last week of January to first week of February, but the 2019 Bbnaija audition is fast approaching. 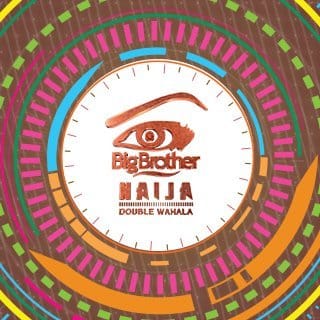 Today, we will show you the complete processes and procedures on how to register for big brother naija 2019 without passing any stress or frustrations.

Thankfully, the process on how to apply for big brother naija 2019 has been made simple by the official twitter handle of big brother Naija.

According to Wangi Mba Uzoukwu, the auditions will hold in eight different cities across Nigeria. Individuals eligible for auditions should be above 21 years old.

To get started with the registration and application form, you are expected to visit the states where the auditions will take place.

The last big brother Naija was aired in South Africa, and it brought a lot of success to the team management. It was eventually filled with fun and excitements.

But in 2019, the Big Brother Naija Audition date has been scheduled to commence on the 1st and 2nd of February, 2019. The states has also been listed.

Please understand that the auditions is absolutely free, and you shouldn’t bother paying any amount of money. And you should ignore anyone that asks you to pay.

For the first time, the show will be live in Nigeria. That means, the auditions will take place in Nigeria. If you are interested, then you can grab this opportunity.

Remember to be eligible for the audition, you must be above 21 years old. However, the auditions will hold in eight different cities across Nigeria.

The audition states includes; Lagos, Abuja, Port Harcourt, Calabar, Warri, Ibadan and Benin. Anyways, below are the states and their addresses where the auditions will commence:

The audition is absolutely free and will commence on the 1st and 2nd of February, 2019 by 7am. Of course, you must be live in those locations before the exact time.

As normal, he will host the reality show for 90 days. Recall that Obi-Uchendu hosted the last two editions, Season 2 and Season 3.which had Efe Ejeba and Miracle Igbokwe Ikechukwu as winners in South Africa.

That means, you should keep it in mind that Ebuka Obi-Uchendu will return as the host. According to the Channels director, MNet West Africa, Wangi Mba Uzoukwu, Ebuka has been officially confirmed as the host of the fourth edition of the reality TV show.

You might be asking, who will sponsor the big brother naija 2019 season 4 version? Don’t worry, Bet9ja has officially emerges as the headline sponsor for the show.

For season 2 and season 3, Payporte was the major sponsors, but unlike the host that will be returning, they won’ return.

Payporte has give way for Bet9ja as the new headline sponsor for Big Brother Naija. This was officially announced on Tuesday, January 15, 2018 at a press briefing in Lagos.

When is big brother naija 2019 starting

Big brother did not actually announce anything concerning the application form. But it is coming in form of audition. And they have confirmed it is free.

For those that are asking about:

*. How much is big brother naija form

This tweets from DStv will answer all those questions:

#BBNaija is set to take Africa by storm!!! ⚡
Guess where it’s going down? NIGERIA!??

And finally, the official Twitter handle of BBNaija has confirmed that the reality show will begin soon, and the audition date has been published online with other necessary details.

A highly placed source at Payporte (the official sponsors of the reality show) confirmed to LIB that, ‘Big Brother will still hold but because its a political year, we can’t really control to what extent what the housemates will say in the house and we don’t want it to become a tool that will heat up the polity’.

The source went on to add that, ‘the show itself normally gets twisted so we don’t want to mix it up with politics in anyway. Its supposed to be entertaining, we wouldn’t want it to be divisive in anyway. If you notice, no religious activity gets discussed in the house too, if you want to pray you can pray, we don’t want anyone to be forced to do it or divide Nigerians along those lines. So after the elections and inaugurations, it’ll happen’.

There are few ways to stay updated on Big brother Naija and they includes:

c. Via our platform, Big Brother Naija. Stay updated with US.