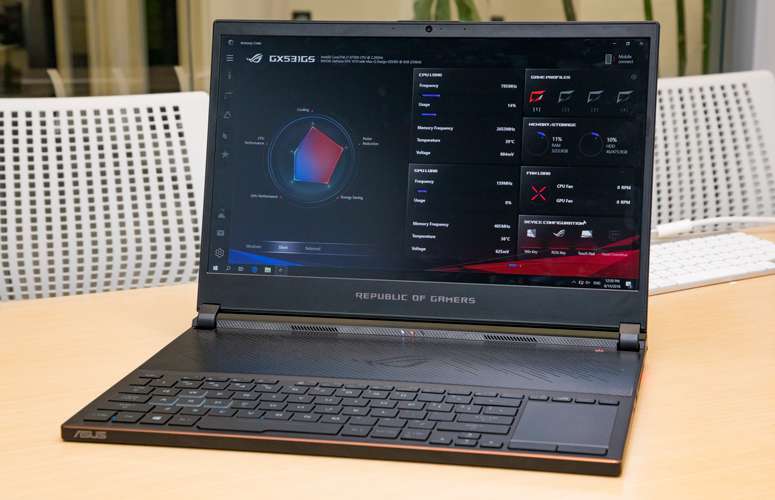 Introducing to you is the latest Asus Zephyrus S gaming laptop. This might be throw some stunt in the gaming laptop market but the likes of Razer and MSI may turn out to be too competitive for the market.

Gaming laptops with thinner borders / bezels and exclusive designs are making way to the news headline, but the design of Asus Zephyrus S gaming laptop might turn a lot of people off. It is the unusual touchpad placement.

The Asus Zephyrus S is currently the company’s most thinnest gaming laptop. The Taiwanese electronics giant, will launch the laptop in two models (GX531GS and GX531GM). It comes with smart AMP audio technology.

The new Asus Zephyrus S gaming laptop has been classified under the AAA gaming technology. Both models will run on Windows 10 Home/ Windows 10 Pro out of the box. The first model will be equipped with:

While the other model, GM comes with virtually all the specs, including the chiclet-style backlit keyboard, and the main difference is the Nvidia GeForce GTX 1060 chip and it ranges from 256GB to 1TB.

Zephyrus S will be one of the first of Asus’ gaming laptops to feature Armoury Crate, the company’s redesigned gaming software. Zephyrus S sports a 83 blades, for keeping the system at a moderated cooling temperature, all thanks to the Active Aerodynamics System.

ASUS is also unveiling a new 17-inch addition to the Strix Scar II: the GL704. There is the black CNC aluminum and glossy finishing. Preorders for the sleek system start August 31 and will be available September 15.