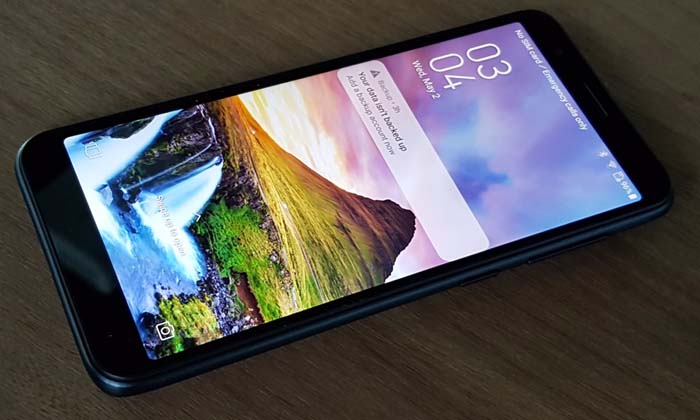 Slowly, the Google’s owned Oreo Go Edition is coming to limelight and it is quite surprisingly. The latest Asus Smartphone known as ‘ZenFone Live L1’ is the company’s first Smartphone to run on Android GO. It specs are of much resemblance to the ZenFone Max Pro M1 that was launched in India.

Definitely, it is not the first Android GO smartphone but despite running on Android GO edition, the device still packs some quite amazing specifications and features. Comes with 5.5-inch IPS Full display with HD+ (1440 x 720 pixels) resolution and 18:9 aspect ratio.

And on the camera pixels, the handset features a 13-megapixel camera on the back and a secondary 5-megapixel selfie camera in the front.

Powered by a quad-core Qualcomm Snapdragon 425 SoC clocked at 1.4GHz coupled with 1GB/ 2GB of RAM and Adreno 308 GPU to enhanced the gaming performance.

And it comes with 16GB of inbuilt storage which is fortunately expandable up to 2TB (via microSD), with a 3000mAh battery capacity.

The 2GB variant will be sold in Indonesia. There is 4G LTE, Wi-Fi, Bluetooth, and a Micro-USB port with OTG support and fortunately enough, the phone did not support fingerprint sensor, so that means, it is only Face Unlock feature, you would be getting as the main form of security.

It runs on Android Oreo Go edition but that doesn’t mean that the company forgot its own ZenUI 5.0, as it stays on top of the OS.

It was officially introduced in Indonesia and it will go on sale in mid-May. The pricing of the phone around IDR 1.5 million / Rs. 7,200 / $108 / N39k. According to Asus, the Android Go device will be launched in Europe and US.