The company really offered great improvement and upgrades from the previous generation. On the same note, Asus also amused us with the flipping cameras, which is similar to the last year’s Zenfone 6.

Asus confirmed that the whole mechanism is faster and smoother than in the previous model and it rejigged the actual flipping mechanism. Nevertheless, the company ensures that the Zenfone 7 flipping cameras are attractive and striking. 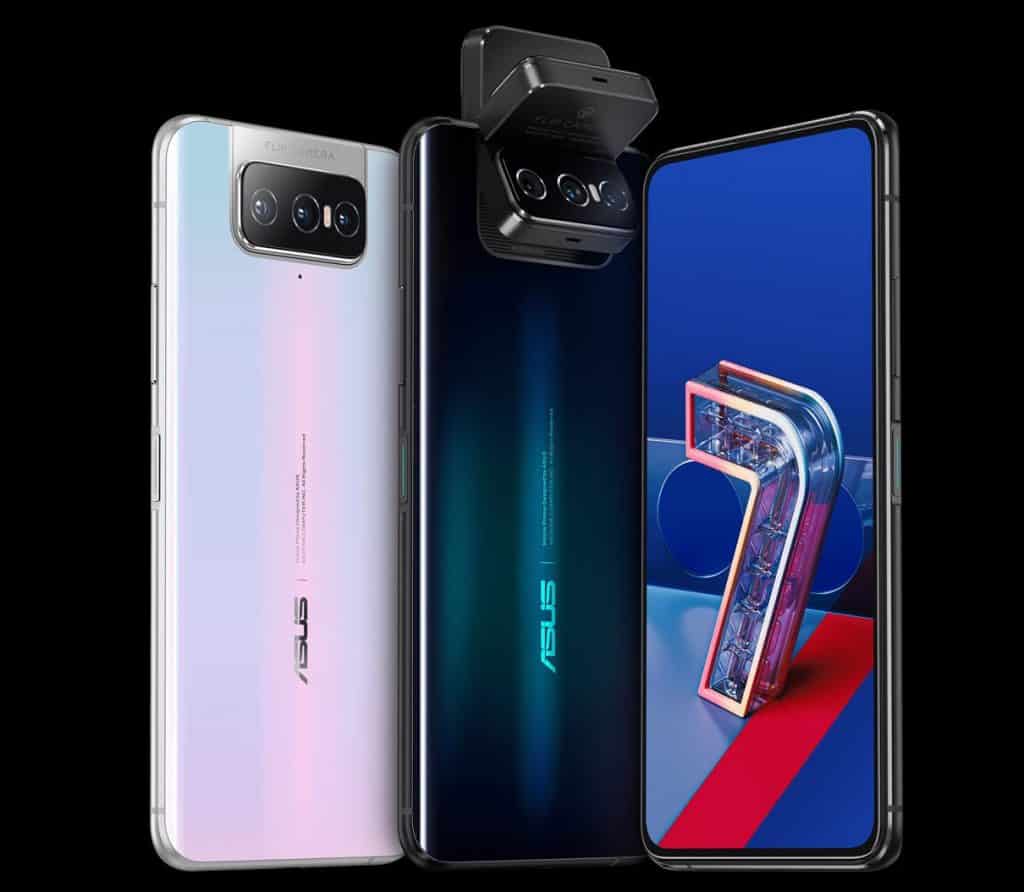 Despite the fact that you can also now manually select specific angles you want the cameras to flip to, Asus said it would take flipping the cameras 100 times a day for five years to wear it out.

By tapping a button, you will have magical triple camera sensors flipping from the back of the phone to the front, allowing you to take selfie shots as you do with the rear camera. Which means, there is no notch and no camera hole.

Both phones come with a 64-megapixel wide-angle camera as the main lens, supported by a Sony IMX363 12-megapixel ultrawide camera sensor with a 113-degree field of view, autofocus, Dual Pixel AF, 4cm macro shooter, and capable of 4K video recording.

It is used for the HyperSteady Video mode. Lastly, there is the 8-megapixel telephoto camera with an 80mm lens, a 3x optical zoom (ultrawide selfie camera).

Although, the company added OIS (optical image stabilization) to the wide-angle and telephoto cameras on the Zenfone 7 Pro. ASUS boasted that once open, it can withstand 35kg of weight pushing it forward. Indirectly, if you want it to break, you really have to lean on it.

While settled on either back or front, the main 64MP Sony IMX686 sensor with 2×1 OCL autofocus can record 8K videos at 30 fps and do 120 fps slow motion at 4K. There’s an HDR video mode as well as improved night mode algorithms.

However, the cameras aren’t the only striking amusement here, neither is it the only upgrades from the predecessor. Asus also did a great job on the screen display, as a Samsung-made AMOLED panel was used on both phones. 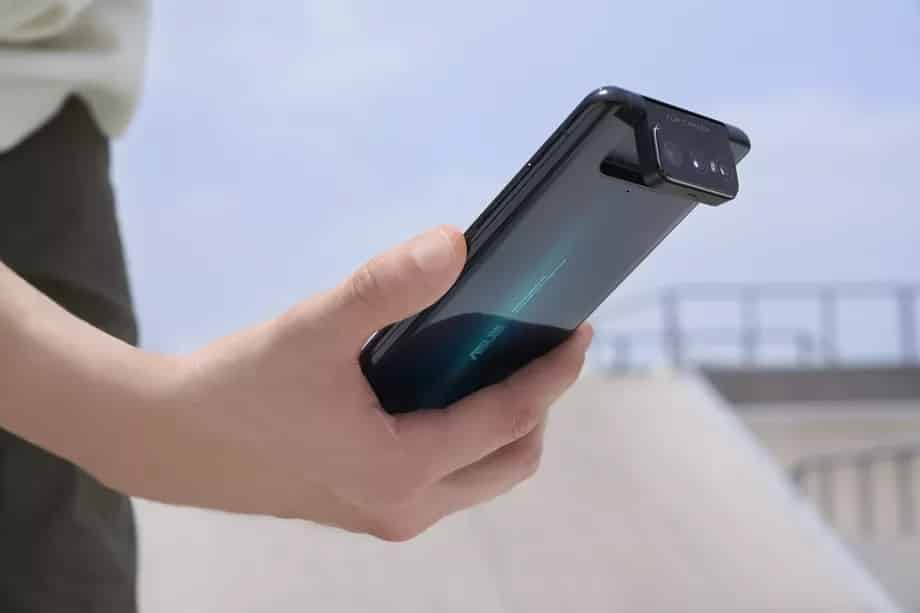 With the 90Hz refresh rate, you will be enjoying a more clear, cleaner, and smoother scrolling, and also support a 200Hz touch sampling rate. The phones have a side-mounted fingerprint reader and aptX Adaptive support.

The back comes with a Series 6000 aluminum body, sandwiched between two layers of glass and support for Gorilla Glass 3 protection. The company said that it’s Corning’s most scratch-resistant glass. The phones weigh 230grams.

Inside the retail box, there is the Asus Active Case, which protects the phone and its flip-up camera. The company ensured that it comes with the maximum protection, the phone detects a latch that will lock the flip mechanism in place, and won’t try to open until you release the switch. 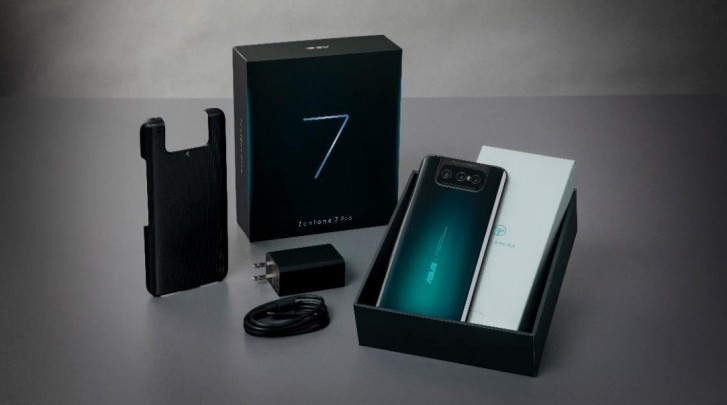 The Zenfone 7 PRO comes with 8GB RAM with 256GB internal storage, while the vanilla model comes with either 6GB or 8GB of RAM with 128GB of storage. However, you can expand the memory up to 2TB of capacity using microSD cards.

Lastly, the battery is the final major improvement. Although we’ve got the Zenfone 6’s 5000mAh gigantic battery, but its 18W charging that needs 57 minutes to fill from 0% to 60%.

Identical to ROG phones, the Zenfone 7 lineup arrives with similar advanced charging controls. Allowing you to limit the maximum charge to 80% or 90% and set a charging schedule so it goes slowly during the night, reaching max charge in the morning.

Where the 30W fast charging technology on the Zenfone 7 series needs just 34 minutes of charging from 0% to 60%. However, the phones lack a headphone jack, IP rating, and wireless charging. 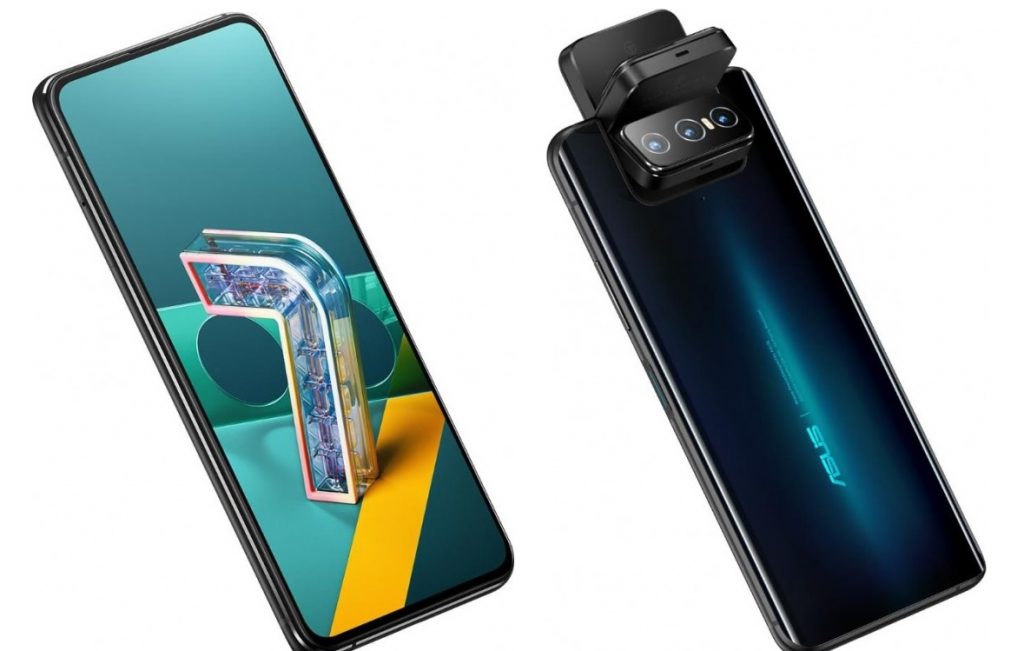 The company says that the phones are planned for launch in select European markets on September 1st, which is the global launch, but not in the US. Meanwhile, the exact Global (European) pricing will be confirmed later next week.