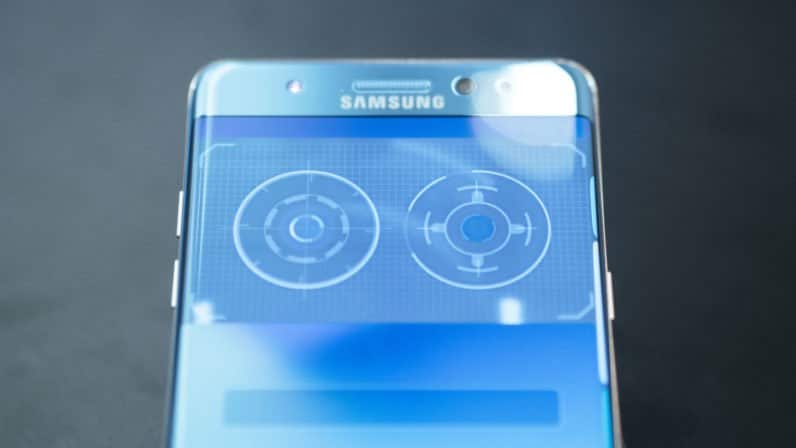 Well, the news looks more preferable and amazing to me. If Apple could do this successfully then Apple phones would no longer come with just a FingerPrint Scanner but also Iris Scanner, making the biometric authentication two.

But do you know that, having two methods of biometric authentication is certainly better than one. Yes, lets say, when you are taking out at shower or something that makes your hands dirty or wet then the Irish Scanner will really come in handy than the touchID that is FingerPrint Scanner.

According to the official rumors, Apple is expected to begin mass-producing iris scanners next year, although it would not comment on the report. The latest 2017 Apple iPhone rumor indicates that Apple is looking to copy a feature from Microsoft and Samsung for the 2017 iPhone: an iris scanner.

And of course, it is no longer news that Apple is planning on removing the home button on the 2017 iPhone, so the iris scanner could very well be a way around losing TouchID. But it will be more preferable if Apple go on the two biometric authentication.

Well, we are aware that Samsung didn’t failed on releasing the Irish Scanner on Samsung Galaxy Note 7! Yes, the Note 7 spotted the Irish scanner and it is more faster. But the question now on, would the Apple Irish scanner be Faster?

Iris scanner is the best for speeding up logins without having to remove your gloves or enter a password especially in the winter time. This new idea that Apple is trying to initiate is really amazing and wonderful!