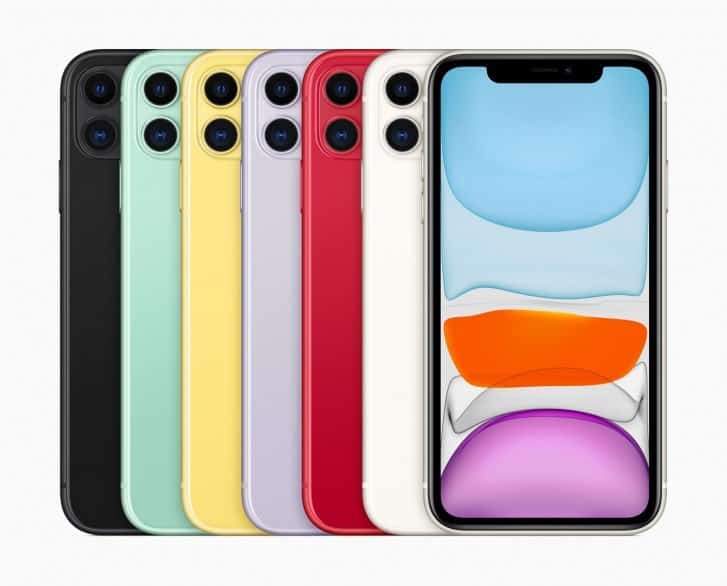 Here is the Apple iPhone 11 Smartphone with 6.11-inch Liquid Retina display, A13 Bionic, 12MP dual rear cameras, and it starts at $699 per each unit.

The iPhone XR is among the top best budgeted Apple Smartphone right now, but the iPhone 11 is here to overthrown its reign as the cheapest iPhone. Available in purple, green, yellow, black, white and PRODUCT(RED) colors options.

While the iPhone 11 arrives with a starting price of $699, the predecessor iPhone XR was more $50 expensive. Anyways, the both device comes with few identical specs and other slight differences.

The iPhone 11 arrives with a 6.1-inch Liquid Retina display with wide color support and True Tone. Still feature a more respectable back design and it is rated IP68 water and dust resistance (up to 30 minutes submerged in up to 2m of water).

Apple is to cameras, and the iPhone 11 still respect that with its new ultrawide camera on the rear, which enables what Apple calls 2x optical zoom out, as it’s a 13mm equivalent while the main 12 MP snapper is 26mm equivalent.

The 12MP selfie camera can shoot in 4K@60fps too, and 4K EDR at 30fps. Sports 120fps slow-mo recording capabilities, which Apple calls “slofies”. And also arrives with Smart HDR.

The device is backed by a built-in rechargeable lithium-ion battery with Qi wireless charging, fast charging, and support up to 17 hours of video playback.