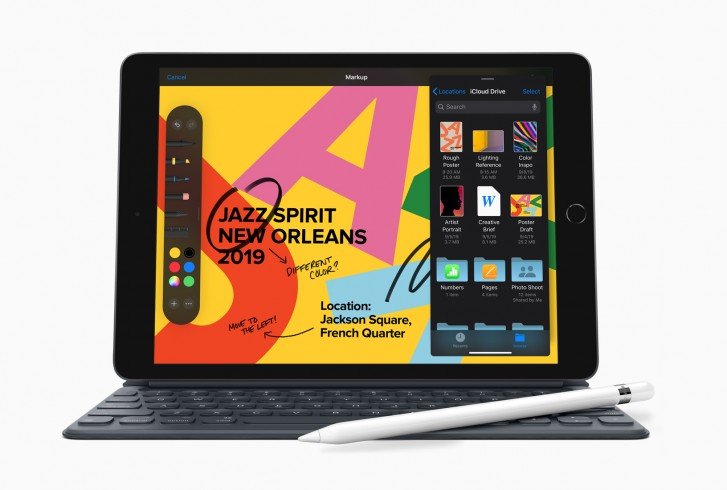 The Apple new iPad is the company’s 7th generation and it comes with a larger display. It is also the successor to the Apple iPad with 9.7″ screen at $329 which was launched in March 2018.

Believe it, the company’s new iPad is the first ever iPad that is available for 60% of its buyers. Well, the successor comes with a bunch of improved features.

As expected, it is available in two major variant, there is the WiFi and WiFi + Cellular variants. Although, other models are the silver, space gray and gold color finishes in 32GB and 128GB configurations.

With the Smart connector, you can easily pair Apple’s Smart Keyboard and can be fold into a tablet. It runs on iPadOS, with better multitasking, SD card access in the Files app, and the new enhanced video editor in the Photos app.

With the iPadOS, you are greeted with a redesigned Home screen that shows more apps on each page and the Today View can now be added, allowing quick access to widgets for quick information including news headlines, weather and calendar events.

The LTE version has Gigabit-class LTE connectivity. Like it predecessor, it supports Apple Pencil which is completely integrated into the iPad experience.

And the starting price is $459 for the Wi-Fi+cellular model. You can order the new Apple iPad in the US and 25 other countries and will be available from September 30.