2018 Apple October event is holding today and the company have announced several devices, it is the new iPad Pro (2018) with standard and premium specifications and features. The new iPad Pro comes with minimal bezels, smaller borders surrounding the screen display.

It was because of the iPad Pro (2018) that Chinese producer, OnePlus decided to push their 6T launch a day backward. Which was decided, in order for the OnePlus 6T not to collide with the Apple event. Apple announced two new iPads during a press event in Brooklyn on Tuesday.

The redesigned Apple iPad Pro (2018) comes with a Face ID, a USB-C port etc. It is the new iPad Pro that we all have been waiting for but wait, your old Apple pencil won’t work with this new iPad Pro (2018). And it is much more powerful than the previous generation.

As usual, it is available in two different variant, but only when it comes to screen sizes: 11 inches and 12.9 inches with 264ppi. Apple said that the iPad is outselling all its laptop in the markets. That means, the iPad Pro is much more closer to a laptop / computer.

“We sold more iPads in the last year than the entire notebook lineup of all of the biggest notebook vendors,” CEO Tim Cook said. He said Apple has sold a total of more than 400 million iPads. Which means, they are the top best selling tablets and are both 5.9mm thick.

The new premium iPad Pro (2018) is the company’s first iPad that ditches a home button, henceforth, providing more immersive experience alongside with slimmer bezels, and thinner borders. The screen display is massive, gigantic and beautiful to look upon.

Rounder corners, and Apple is calling it Liquid Retina Display like the iPhone XR. And they both packs Apple’s ProMotion technology for smooth, fluid display performance, and gesture navigation is now presence. But lacks a notch display and a 3.5mm audio jack. 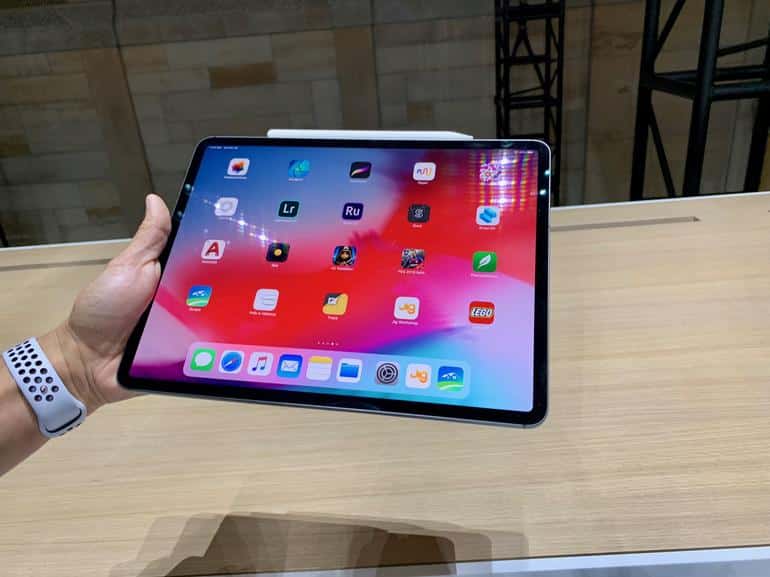 The Apple Pencil is now called Apple Pencil (2nd Generation) and it is the first upgrade since 2015, with newer design alongside wireless charging support that magnetically attaches to the new iPad Pro. Recall that the old Apple Pencil only charged via a Lightning port.

Sorry to say this, but the new Apple Pencil will only work with the new third-generation 11-inch iPad Pro and 12.9-inch. That means, your old Apple Pencil isn’t compatible with the new iPad Pro. But it is quite expensive, costs $129 per one single Apple Pencil.

Some features has been added, just by tapping the iPad Pro with the Pencil, – it will wake the device, launch Notes, activate touch gestures, open to third-party developers, switch between tools in productivity apps etc. The Pencil also now has one flat side, so it doesn’t roll off the table.

“The new Apple Pencil delivers pixel-perfect precision and industry-leading low latency, making it great for drawing, sketching, coloring, taking notes, marking up email, and more. And it’s as easy and natural to use as a pencil.”

Apart from the Pencil upgrade, Apple is also updating the old Smart Keyboard, by calling it Smart Keyboard Folio, which costs $179. And it allow the iPad to sit at two different typing angles.

The new Smart Keyboard Folio also attaches to the new iPad Pro magnetically, and also protects the front and the back. It also includes two angles. The keyboard had its first upgrade since 2015, three years ago.

Unlike the first Smart Keyboard, that uses a Smart Connector on the iPad Pro previously, the new Keyboard Folio uses new magnets feature that makes it lot easier to slide into place. The prices differs, $179.99 for the 11-inch model and $199.99 for the 12.9-inch version.

“No other device can adapt to your needs the way iPad can,” says Jon Ternus, VP of hardware engineering at Apple. Well, this statement is directly targeted at Microsoft’s Surface Type Cover with their range of Surface tablets.

To provide a more powerful performance, the both 2018 iPad Pro are powered by the company’s new A12X Bionic chip with an 8-core CPU and 7-core GPU, coupled with 64GB, 256GB, 512GB, and 1TB storage options. Hence, bringing more 35 percent faster single-core performance, which jumps to 90 percent faster for multicore tasks.

Apple’s Jon Ternus said, “The iPad Pro delivers Xbox One S class graphics performance in a package that is much smaller.” This is for the GPU and it will offer up to 1TB of built-in flash storage. The iPad Pro comes with a USB-C connector, which is a move from the traditional Lightning connector.

However, Apple adding a USB-C connector to the iPad, makes it a number one choice, when going for a laptop and it can provide power to a connected iPhone, and it can also be connected to displays ranging up to 5K resolution. And both comes with four speakers that deliver wider stereo sound.

The new iPad Pro (2018) features an 18-watt charger, and the company’s claims that the battery life will last up to 10 hours of continuous use. The both iPad Pro (2018) is the first iOS device to sport the USB Type-C connector port. Apple claims the all-new iPad Pro is “the best device for creating AR [Augmented Reality]”. 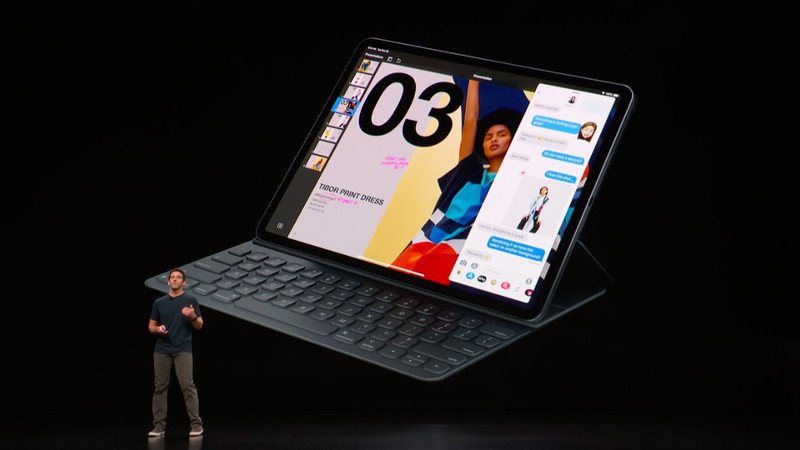 Camera and Price of iPad Pro

For the very firs time, the both Apple iPad Pro (2018) arrives with Face ID and includes Animoji and Memoji feature. And it comes with iPhone X’s TrueDepth camera setup. a 12-megapixel camera (capable of 4K/60 video recording), and offer gigabit LTE on cellular models.