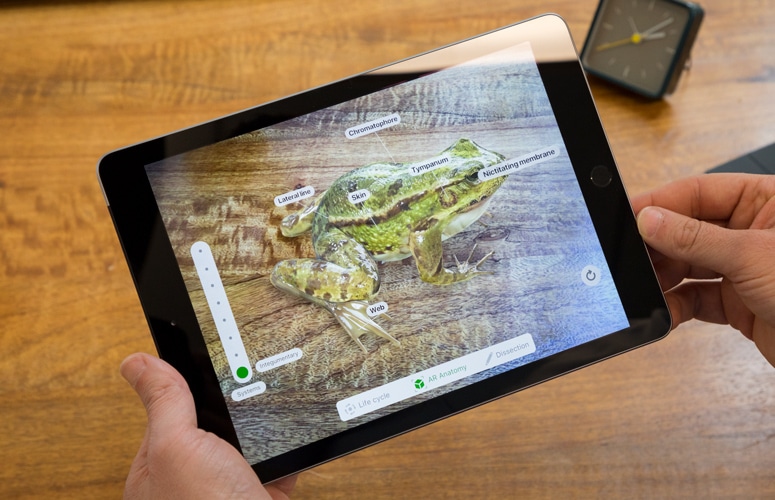 Tech Giant, just launched its latest Apple iPad 2018. This is the 6th generation iPad that is basically meant for students and will be featuring in schools to enhance Classroom studies.

The new Apple’s iPad features some initiatives for teachers in schools. Apple isn’t the only one there on the market, Chromebooks has also targeted the market and they are leading meanwhile, Microsoft had also launched Windows S, augmented reality, and custom software for educators.

Tech Giants in productions of gadgets, software to enhance education for students / teachers in School is becoming more competitive! Acer Tab 10 is bringing newer feature to the education sectors.

Unfortunately, the new Apple iPad 2018 9.7′ screen inches didn’t come with a new design, so there is no new different in design. There is Fast A10 Fusion performance that Works wella with Apple Pencil and also, the augmented-reality apps, Apple promises good battery life.

This is the first non-pro iPad with Pencil support, and it also comes with HD FaceTime camera, 10 hours of battery life, an 8-megapixel rear camera, LTE option, and Apple’s A10 Fusion chip. It’s available in silver, space gray, and a new gold color.

Apple at event in Chicago totally believes that with a tablet and pen, you can do more for education. Lets see more of the new Apple iPad 2018 specs and features; 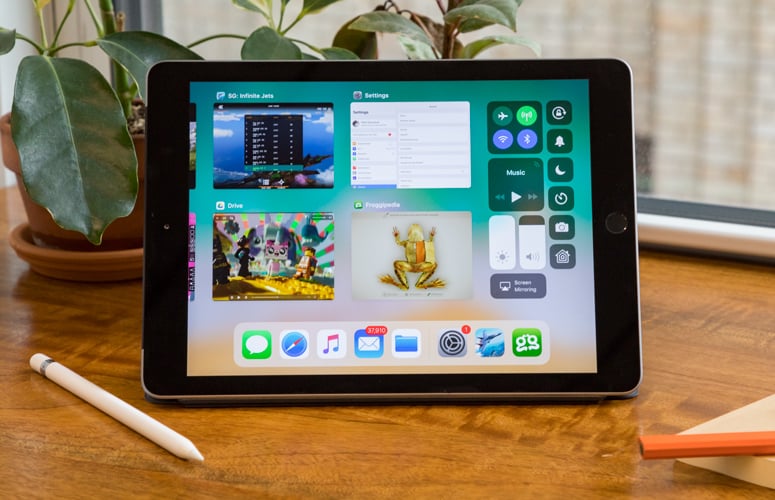 The new iPad comes with its normal sharp screen display that amounts to 9.7′ inches Retina screen with a 2048 x 1536 pixel and it isn’t a new thing. In a compact and lightweight aluminum, the new iPad bezels is still big as usual, Apple didn’t slim down the bezel, so its quite the same with iPad 9.7 2017.

You might have noticed the minor bump, well, it is the support for the Apple Pencil and the first for a budgeted iPad. Other times, the pen is made especially for iPad Pro lineup. It cost $99 while $89 for schools.

With this accessory, you can be able to draw, take notes and interact with a growing number of Pencil-enabled apps. More apps are announced, including updates to Pages, Numbers, and Keynote to support the Pencil.

If the $100 for Apple pencil is quite high, then you can wait for the third-party Logitech stylus called Crayon priced at $50, along with a keyboard case, that will also support the new iPad.

It may gives you a premium holding as the new Apple iPad 2018 9.7′ inches weighs 1.03 pounds for the Wi-Fi version and the LTE model weighs 1.05 pounds and it measures just 0.29 inches thick.

There is the traditional Touch ID for physical home button. Apple didn’t ditch the headphone jack, there is also a Lightning connector on the bottom for charging.

The iPad comes with a front-facing HD camera of 1.2 megapixels and a 8-megapixel rear-facing camera with 1080p HD video. On the back camera, you have got a whole lot of pictures to take but on the front camera, you may decided to freak out.

Apple didn’t throw in the Face ID on this thing, cases might be that, it is too costly or too early for such powerful approach to the new iPad family.

The new iPad comes with a promising processor giving it a more enhanced performance. Apple are more focused on an on-going program called Everyone can Code and the Swift programming language.

This is where the AR augmented reality comes in, third-party AR apps (IKEA Place, AR Sports Basketball, Boulevard AR) teaches kids how to virtually dissect a frog with the help of pencil and it gives you a wonderful and impressive details and cool information. And you can also control robots and drones using drag-and-drop programming on the new iPad.

During the launch, Apple also announced a new program called Everyone Can Create. It creates interactive educational experiences using Apple Pencil, speakers, and components of the iPad.

On the performance, it sports a A10 Fusion chip inside the iOS 11 comes more handy and increased the performance. It has the ability to scan and sign documents and to start Instant Notes right from the lock screen using the Apple Pencil in a 6th generation iPad.

The iOS 11 brings in more desktop-like features. Faster when compared with the Snapdragon 845 in converting 4K video. 32GB of storage.

There is this feature called “Smart Annotation,” that allow teachers to collaborate with students on different documents. Students and educators will also be able to use the Pages app to create digital books.

Apple after facing some criticism that Technology, Smartphones are taking more children and teens time. They have decided to bring in a software to allow educators to completely control the experience in the classroom. With this software, students won’t be allowed to waste the afternoon.

The educator controls not just which app can be launched but what features within the app can be used. With a 10 hours of battery life, you can do more!

It is now available for purchase in Apple and Best buy and priced at $329 per unit but educators can nab it for $30 less. The Apple iPad 2018 might not be the best options, but will definitely keep its at budgeted level!