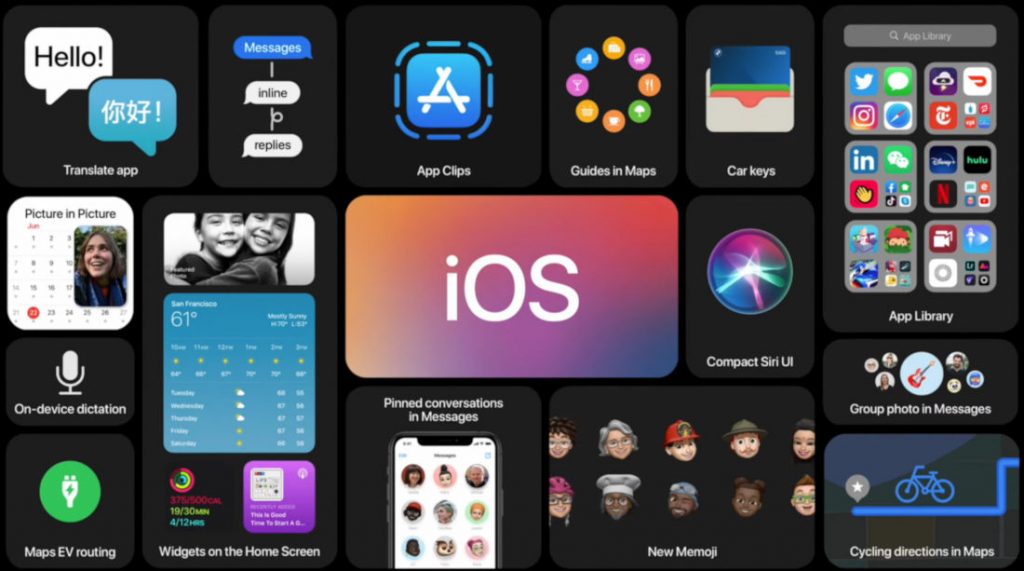 iOS 14 is Apple’s newest mobile OS version and it is now official. As expected, the new mobile OS brings a lot of new features to the table including redesigned home screen widgets, discover and use apps with App Clip.

The iOS 14 was officially announced during the ongoing WWDC 2020 Apple. Most of the features start from App clip, widgets on the home screen, app library, compact calls, and picture in picture, Siri, and many others.

The new features start with App Store getting App Clips, identical to Android Slices that are small parts of apps, but fast and easy to discover, and use without installing the corresponding app.

You can easily sign-in and it also uses Apple Pay. As App Clip is discoverable the moment you need it and focuses on a specific task, you could get them and you can then install the full app. App Clips can be found from places in the real world through NFC tags and QR codes, it is uniquely paired to an App Clip and can scan them with your camera or tap one using NFC.

Added to that, you can also launch them from Safari, Maps, and Messages. The places where you can launch App Clips are immediately recognizable, thanks to Apple‑designed App Clip codes.

There is the redesigned home screen widget, which is now a real thing in this world. Well, the new widget will provide more information at a glance and can be pinned in different sizes on any Home Screen page. You can also add a Smart Stack of widgets intelligently curated based on the apps you use most.

Since home widget is now a thing, and Apple is diving straight at it, but you can still decide to keep using your current widgets on your regular home screens. But the new widget home screen can now display widgets that are customized for work, travel, sports, entertainment, and other areas of interest. 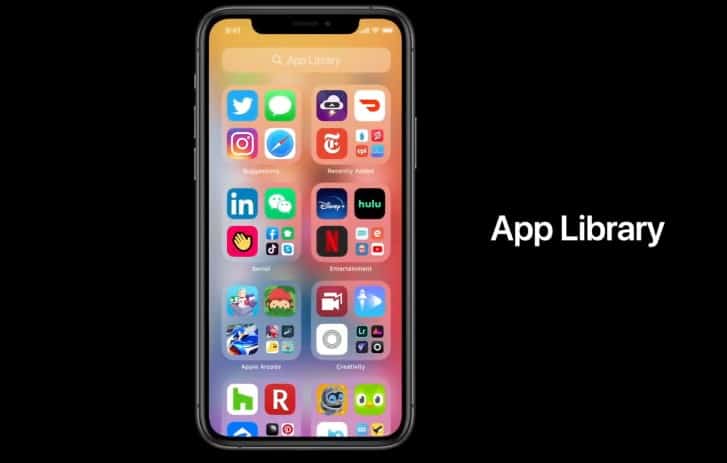 Along with that, we’ve got the App Library, similar to the app drawer. It seems more like a makeshift app drawer sort of situation when you combine the App Library with the fact that you can now hide home screens.

With this, users can easily choose how many Home Screen pages to display and easily hide pages for quick access. It is much like a folder with suggested apps and recently added ones.

Apple has built-in a pure iOS feature with picture-in-picture mode for FaceTime, and Videos. You can easily play a video in an app, use the Home gesture, and video can continue playing in a PiP window.

This directly means that iPhone users can now watch a video or make a FaceTime call while using another app. Due to the picture-in-picture mode, you can move the video off the screen, and the audio track will keep running.

Siri now has a compact design, which allows you to get information or get things done while still focusing on what you’re doing, showing the animation in the bottom part of the screen, and giving you cards up top.

Apple maps now have cycling directions using bike lanes, paths, and roads. And will bring its new, enhanced mapping solution to the UK, Ireland, and Canada “later this year”.

Along with the new iOS 14, App Store product pages will feature summaries of developers’ self-reported privacy practices, displayed in a simple, easy-to-understand format. All apps will now be required to obtain user permission before tracking.

There are series of other new features, including the CarPlay that will let you make your iPhone your car key, works through NFC, you tap the phone to the door to unlock, and will also work in iOS 13.

Translate app is designed for translating conversations, offering a quick and natural translation of voice and text among 11 different languages. Others include weather apps, Health, accessibilities, Safari, voice memos, and etc. 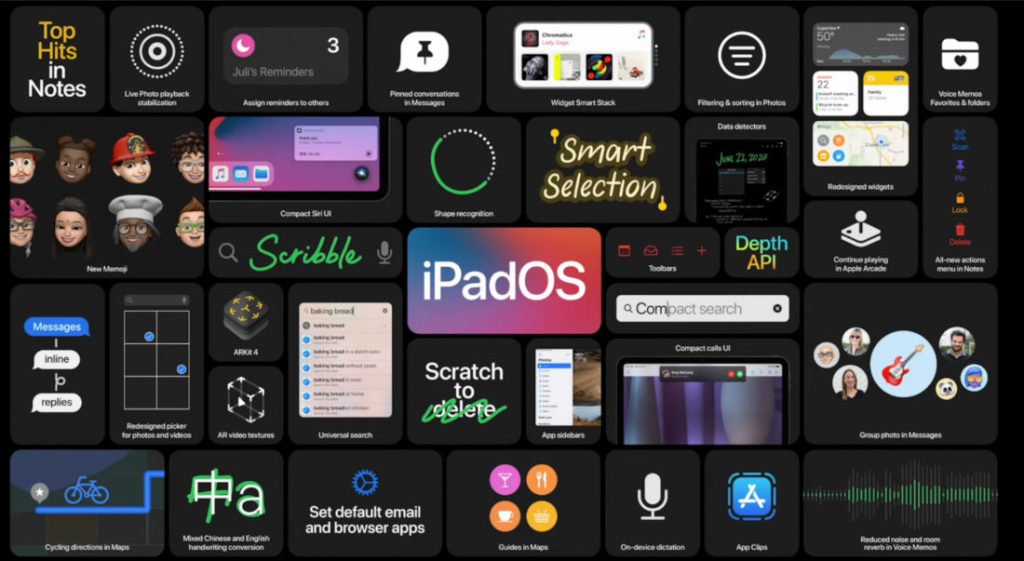 Alongside that, we’ve got the Apple iPadOS 14 with redesigned apps that make better use of the extra available screen space and scribble handwriting recognition for Pencil, which recognizes letters, shapes, allows you to convert handwritten text to typed text and then manage it easily.

Nevertheless, iOS 14 will be available for iPhone 6s and later and iPod touch (7th generation) in September but the developer preview of iOS 14 is available today with a public beta to follow next month.