Apple iOS 13.5 and iPadOS 13.5 released with updates for the COVID-19 pandemic. Both upgrades will fasten up the rate on how you use Face ID to unlock your iPhone and iPad while wearing a face mask.

After the iOS 13 official launch, Apple has announced 11 more updates, where the previous one was in March – the iOS 13.4 and iPadOS 13.4 with new memoji stickers, files app iCloud folder sharing, trackpad support for iPad, etc.

As expected, the new update includes bug fixes and other improvements. The major features are easy to unlock with the Face mask and the exposure notification system.

Before now, it takes a handful of times before you can easily unlock your Apple device while wearing a face mask, as it tries to identify your face after scanning for a couple of seconds.

Well, Apple did not improve the Face ID recognition process, but when you are wearing the Face mask, instead of allowing the Face ID to scan your face, it just provides the option to enter your passcode immediately. 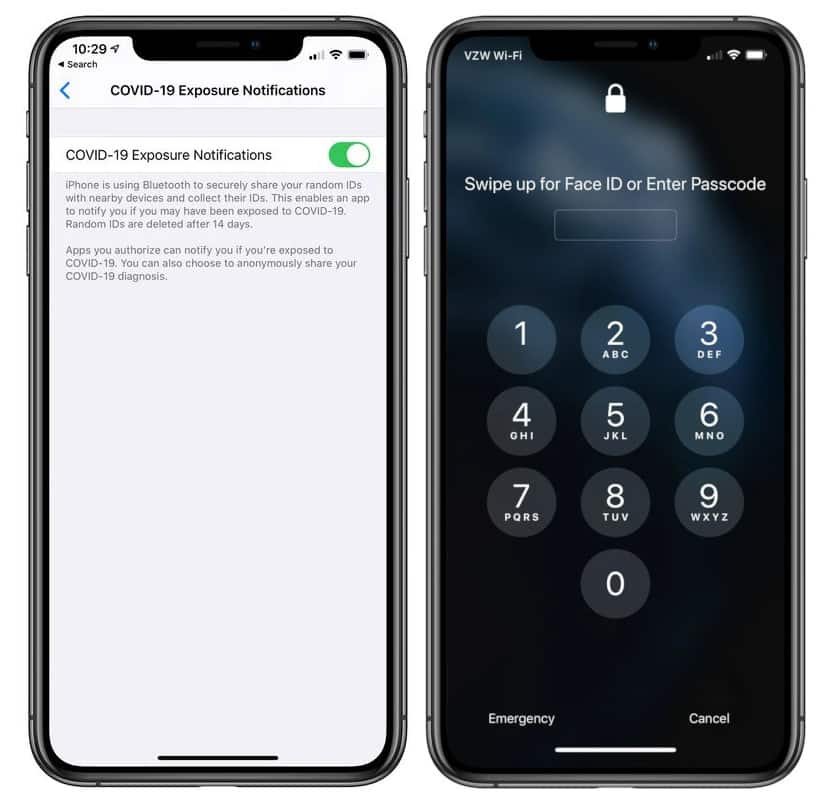 Other features of the updates, you can now turn off the feature in Group FaceTime calls that automatically changes the size of the participant windows when people speak.

It also fixes an issue where users may see a black screen when trying to play streaming videos from some websites. And addresses an issue in the share sheet where suggestions and actions may not load

Another essential update is Apple and Google’s exposure notification API, but this system is inactive until you have an app installed that uses the API.

The new updates come with support for the first phase of Apple and Google’s jointly-developed exposure notification system. Where more than 22 countries have signed up to participate.

With this exposure notification API, you can be able to use apps developed by public health agencies that send you a notification if you may have been in contact with someone who has been diagnosed with COVID-19.

Apple and Google said: “What we’ve built is not an app — rather public health agencies will incorporate the API into their own apps that people install. Our technology is designed to make these apps work better. Each user gets to decide whether or not to opt-in to Exposure Notifications; the system does not collect or use the location from the device; and if a person is diagnosed with COVID-19, it is up to them whether or not to report that in the public health app. User adoption is key to success and we believe that these strong privacy protections are also the best way to encourage the use of these apps.”

Both companies made it clear that this technology is in the hands of public health agencies across the world who will take the lead and we will continue to support their efforts. It is also suspected that they may later build it right into the OS later.