We are all aware that, Apple recently built the new spaceship campus with overall glass wall build in Silicon Valley. It might be the reason behind the all glass build on the iPhone X!

The new glass wall is a magnificent sight to behold! Apple workers love walking into the spaceship campus majestically but little did they know that, it might be of some disadvantage to them.

Recently, physical injuries have been inflicted on the workers, where Apple had to call emergency services to assist multiple employees who couldn’t distinguish the glass walls in the new campus.

The futuristic building’s glass walls and doors are presenting an old problem and according to the workers, it really hurts to run into them. 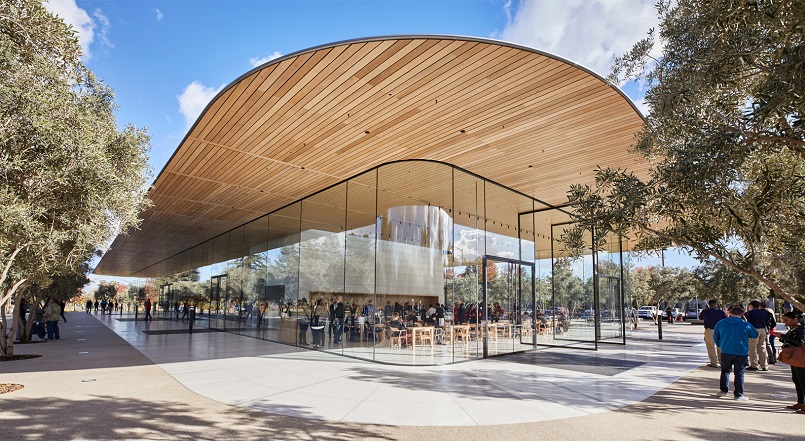 The reason behind the injuries and emergency is that, the Apple workers who uses the most beautiful office in the world couldn’t distinguish / differentiate between the glass walls and passage, so they walked right into the glass walls since it was so clear.

First day at the Apple Park campus, according to a tweet, the employees who only began moving into the building early this year, seven (7) of them were reported injured and there are even reports that the employees have begun using post-it notes to mark where the walls are, but the sticky notes were removed by the authorities since “they detracted from the building’s design”.

Just heard that the first day Apple Park opened, seven people injured themselves by walking straight into the glass doors. And that’s just the people who reported it…as they felt physically hurt…

Apple employees are not liking the new campus and find it very complicated against their existing workplace. It is wonderful from the outside but the inside is not too good.

The company might even be fined for failing to protect its employees against health hazard. While many said that Apple employees were too glued to their iPhones to notice the glass, and some have started sticking Post-its to the glass to mark walls and doors.

Apple technical engineering team is expected to look into making it a palatable office for their workers and the Law is not exempted.