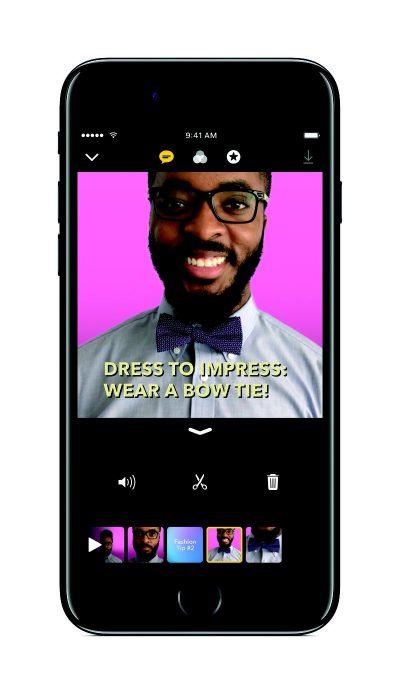 Apple Clips, was first announced last summer and it works and act in the likes of Snapchat, Instagram, Vine, Prisma, and iMovie. It exists entirely separate from the current Apple Camera application, available for the iPhone and iPad. 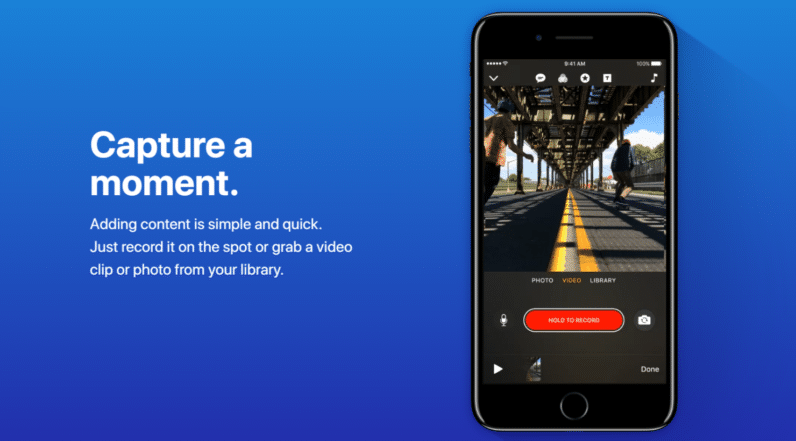 The Apple Clips Video Sharing app has a simple photo- and video-capture interface, but has a surprising number of features, some that feel borrowed and others that are new and Apple-y.

The main page of the app has a capture screen (square, like Instagram), with Photo, Video, and Library options below it. At the top, there are four options for styling or customizing the video: Live Titles, Filters, Overlays, and Posters.

It also comes with several video editing features, including one that lets you join several video clips to each other, in order to create one longer narrative. The biggest difference is in length, single video clips can be up to 30 minutes long, with the product being up to 60 minutes in length.

And at the very bottom of the screen there’s a timeline, because while you can technically shoot single photos or videos with Clips, Apple has designed it in a way that encourages stringing together a sequence of clips.

Thankfully, Apple is planning on expanding the Clip app sooner or later. Interesting to find out, the Apple Clips Video Sharing app might be the best video sharing app ever.