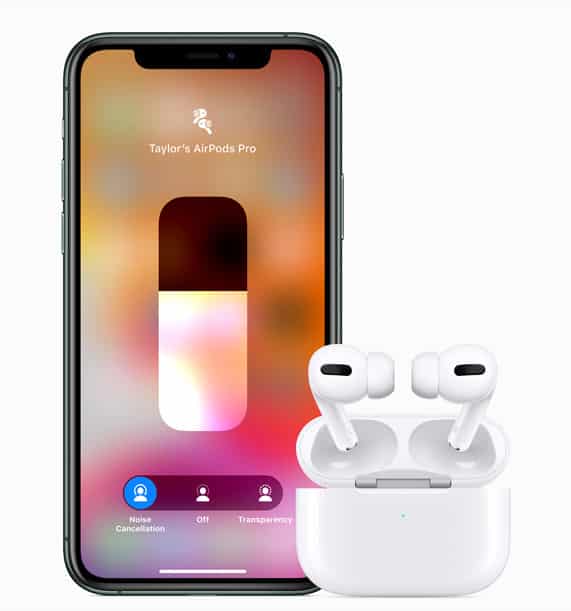 Apple’s AirPods Pro has been officially launched with Active Noise Cancellation, new in-ear design, and it costs $249. The new AirPods Pro will arrive on 30th of October.

Well, the Curpertino giant, Apple is currently expanding its earphones lineup with the new AirPods Pro. The accessories also arrived with sweat and water resistance.

It comes with upgraded and advanced features than the previous generation, AirPods. Like others, it comes with a wireless charging case. They still charge via the Lightning connector, but they now come with a Lightning to USB-C cable in the box.

Bringing a second pair of AirPods close to iPhone or iPad initiate its Audio Sharing feature, which makes it easy to listen to the same song or watch the same movie with a friend.

Noise cancelling is definitely huge, as the company said that the noise cancellation is adjusted up to 200 times per second. While the transparency mode lets you hear your surroundings while wearing them.

Another amazing feature is the a “force sensor” that you can use to control music playback and activate transparency mode. An expanded mesh microphone port that improves call clarity in windy situations is included.

There is also the “Adaptive EQ” feature which Apple says that it automatically tunes music to the shape of your ear. It is fortunate to see the in-ear design that makes it perfectly fits inside your ear!

Apple said that the AirPods Pro can get you 4.5 hours of continuous listening battery life (up to 5 hours with Active Noise Cancellation and Transparency off), Up to 3.5 hours of talk time with a single charge.

The new AirPods Pro goes for $249, which is slightly expensive than the $229 Sony’s noise-canceling 1000X M3 earbuds, but priced at the same price with the Surface Earbuds. Anyways, it will be arriving on 30th of October.