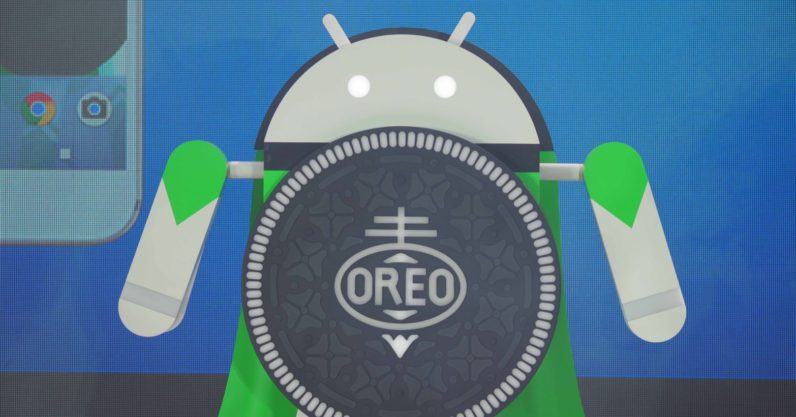 Well, finally, it is time to relax and wait for the Roll out, updates and many more. The New Google Latest Operating System has finally be named as “Android Orea” which is the Android 8.0.

Right now, Google Pixel phones and Nexus 5X/6P have already entered carrier testing, and that it expects to start rolling out the OS in phases soon – the Pixel C and Nexus Player will follow shortly.

The company also says it is pushing O to the the Android Open Source Project today, and that “hardware makers including Essential, General Mobile, HMD Global Home of Nokia Phones, Huawei, HTC, Kyocera, LG, Motorola, Samsung, Sharp and Sony are scheduled to launch or upgrade devices to Android 8.0 Oreo.

Well, most people especially me aren’t satisfied with the Android 7.0 Nougat , Soon afterwards, we are going to have a new Operating System from Google and it is coming very soon, are you brave enough to test it out?

To be sincere, I am not no longer following oh. After the launch of the Android Marshmallow, afterwards, we have the Android Nougat and now, we are now going to experience the Android 0 within some few short years!

This is for the developers, if you are not then kindly wait for the full version just like me *winks* But if you are a developer, you have to get a Google Own Android Smartphone such as Nexus 5X, Nexus 6P, Nexus Player, Pixel, Pixel XL, Pixel C, a developer that does not have this phones, is that one a developer?

If you want to install it, you have to manually flash it, you need the above supported phones.

So we are going to pick a name for this os, just the way we did for the Nougat session, where everybody picked Nutella and all of a sudden, Google diverted to another direction. We are all suspecting the name; Android Oreo!

The Android O OS public beta is currently due to arrive in May, and the final release of O in Q3. Also note that, Google is going to release the previews just like last year Nougat. The OS is slated to have 4 developer previews.

> The most interesting of these is probably the picture-in-picture in mode, which lets you watch videos while using other apps.

> There’s now a wide color gamut option for developers to better take advantage of the crazy good screens on our phones, including AdobeRGB, Pro Photo RGB, DCI-P3, and more.

> Users can now snooze notifications so they reappear at a later time.

> Adaptive icons that can change shapes depending on the device (circle vs squircle, for instance), and even support visual effects for Android animations.

Apps will be able to pin shortcuts for specific actions. E.g. an icon for navigating directly to your job that you can pin on your home screen.

There are many more other changes and updates to note, remember it is only special for the Developers, to see more updates, Please Click Here

Battery and notifications are the biggest changes, not only that Google is aiming to improve sound quality with wireless headphones with “high-quality Bluetooth audio codecs,” as well as Sony’s LDAC codec.

In essence: We are expecting this:

Any updates will be seen here incluidng the dates;

For security, Google is introducing a new feature called Google Play Protect. Google already scans apps in the Play Store to make sure they aren’t malicious, but now it’s going to make that more visible by showing that your phone’s apps have recently been scanned when you’re in the Store. 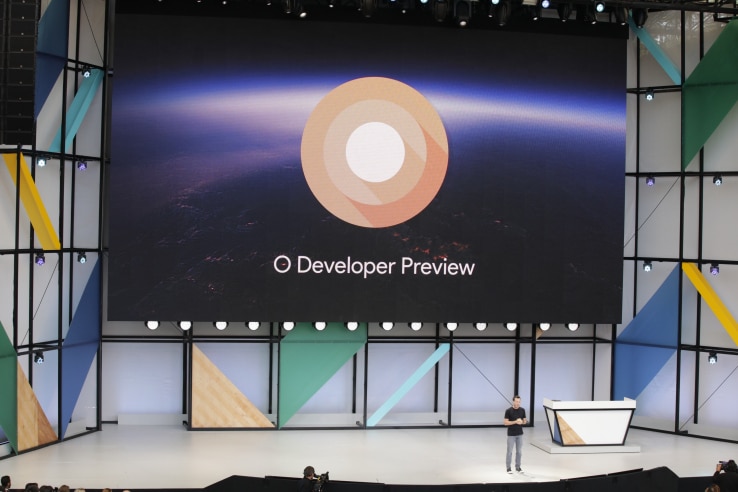 The first public beta for Android O is launching today, and you’ll be able to sign up here. Just a warning: once you install it, you’ll have wipe your device to go back to a stable build of Android Nougat — so don’t opt into O’s beta unless you’re sure you’re okay with encountering some bugs. Only a few Nexus and Pixel devices are eligible for the beta so far.

6/8/2017: Android O Developer Preview 3 has been launched and also added to it, is the final APIs and official SDK. Google has now made the third developer preview available for owners of selected Nexus and Pixel devices. Factory images can be downloaded immediately.

However, members of the Android Beta Program also have the option to wait until the over-the-air update rolls out. Keep in mind that if you do decide to flash your device with these factory images, you won’t automatically get future Android O beta or final releases via OTA updates.

6/12/2017:  The new updates is that, Android O might feature an incognito mode for chrome.When browsing the web in incognito mode on Chrome, users running Android 8.0 and the latest version of the browser can now enjoy even more privacy by having the keyboard “forget” what they’re typing.

8/20/2017: Google just rumored that the name for the upcoming. It has been alleged to be called either “Android 8.0” or “Octopus” or “Orangina” or “Orange” but right now, however, Android Police, just noted that the post which was like a video on Google+ was called “GoogleOreo_Teaser_0817_noDroids (1).mp4”, which would seem to confirm. 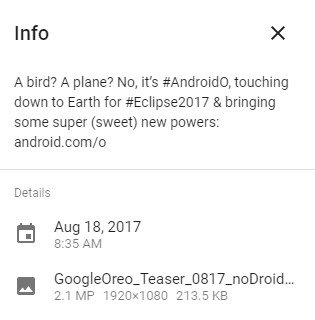 However, take this as a pinch of salt as Google set to announce the name on August 21st, it looks like we won’t have to wait much longer to find out.