This is really a good update and everyone needs to get prepared. Today, we wants to officially announce to the general public that Android Lollipop is no longer reigning but the one on board is Android 6.0 Marshmallow!

Something Wonderful are going to happen soon! for all Note 2 users. Yes you heard it right, Infinix Note 2 will start getting Beta Updates soon based on Android Marshamllow for all the Beta Testers. And to make this even better, we want some XUI users to join us in the testing process.

Infinix Note 2 will commence getting Beta Updates soon based on Android Marshamllow for all the Beta Testers.
Beta testers are those users who get the opportunity to test any updates on Infinix note before it will be release to the public.

To register with the beta users, visit them and fill the form. You’ll be contacted via your email in 2 days.

Yea, on Tecno Camon C8 which is the latest Android Phone in Nigeria. Although, it is costly but the Android 6.0 update can really boast the sellers to sell more because it is really hard to find such update on Android phones. 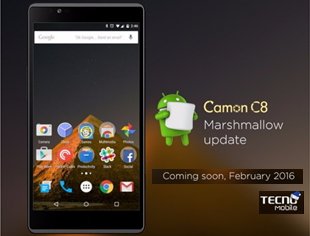 Auto back-up and restore of apps allows you to automatically backup your apps so for those of you who flash your phones or switch phones at will, you can definitely restore them without issues.

The app permissions allows you to determine which app has access to what and this way, no app can leak information that you didn’t give it access to. This update puts the argument that Tecno doesn’t do OTA (Over-The-Air) updates for their smartphones to rest.

Must Read:- How to Upgrade your Tecno Camon C8 to Android 6.0 Marshmallow.