Firstly, it will be important to note that, the US sales between Thanksgiving until Cyber Monday accounted for $12.8 billion in 2016.

The event’s date, written numerically as 11/11, was associated with unattached singles, known as “bare sticks.”

This year’s shopping festival entered new territory, blazing past $1 billion within two minutes of the holiday, starting at midnight on Saturday. By the end of the day, sales had hit a new record of $25.3 billion, more than 40 percent higher than sales on Singles Day 2016.

The retailer hit a record $18 billion in just 13 hours on Saturday, eclipsing last year’s record of $17.8 billion in 24 hours and also outfitted nearly 100,000 of its Tmall stores across China with facial recognition technology to process payments.

Revenue also came in the form of “virtual shopping cart space,” where customers can pay for expanded cart capacity.

In Friday night, Alibaba hosted a lavish gala in Shanghai, Celebrities such as Nicole Kidman, Pharrell Williams and Maria Sharapova helped count down the moments before the 60,000 participating global brands released their Singles Day deals to shoppers. 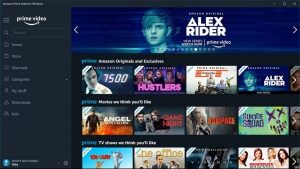