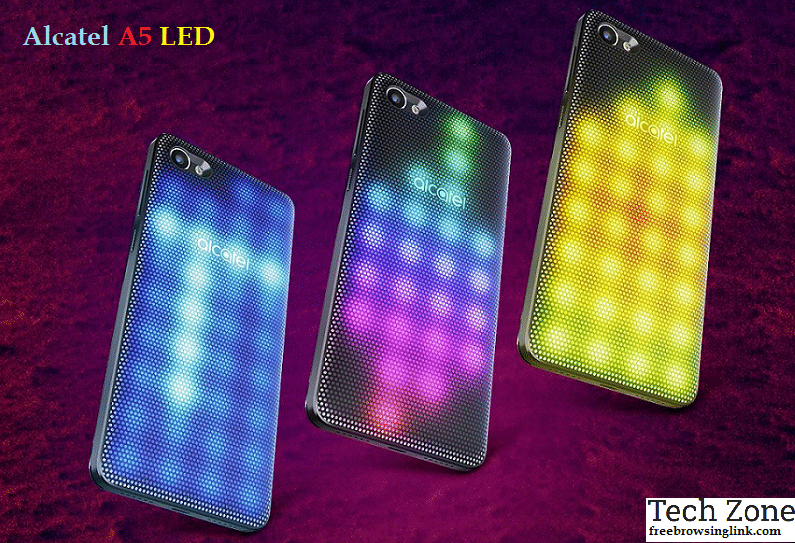 Alcatel just a broke a record! Alcatel is a brand of mobile handsets used under license by Chinese electronics company TCL Corporation.

During the MWC 2017 that was held at Barcelona, Alcatel caught the eyes of the most viewers and techies around the area. The producers of amazing phones such as Alcatel oneTouch, PIXI, POP STAR, SHINE LITE, Idol 4S, Pop 4 etc

The Alcatel packs a 5.2′ HD display or firing up an intense 3D game, you’ll enjoy an incredibly smooth experience no matter what you use your phone for. And it also comes with a 2GB of RAM for exclusive and smooth operating of the LED!

You know what people like? Lights. Brightly colored, flashing lights. Lights for notifications and lights for fun. Lights for all occasion. So, so many shiny lights. Lights like the lights on the back of Alcatel’s A5 LED, a fun feature on what is an otherwise middling handset. 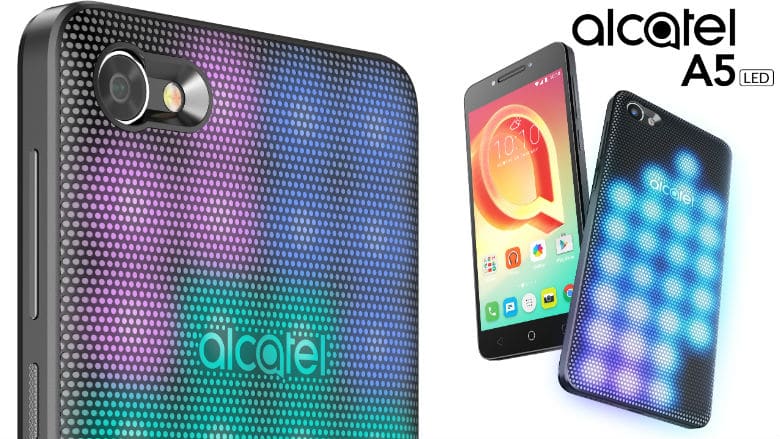 Price & Availability of Alcatel A5 LED

Right now, the Alcatel A5 LED is not yet available for purchase. Though, the Alcatel Phones are currently on Nigeria Online Stores, so looking at it, the A5 will be available in Nigeria later or sooner in the year.

The price of the upcoming Alcatel A5 LED Smartphone is around N80k to N95k in Nigeria currency, although, it has not be confirmed.

Specifications of Alcatel A5 LED

Also, the LEDs will light according to the music you listen to. In addition, you will be able to customize the LED lights in a lot of different ways.

Reviews of Alcatel AS LED

To be sincere, the camera of the Alcatel is NOT impressive, with such camera arriving on the latest Android Smartphone from one of the world upcoming company, it is a NO NO for me.

And right now, almost all the newly introduced Smartphone at the MWC 2017 all runs on Android 7.0 Nougat out of the box. But the Alcatel comes with degrading OS of Android 6.0 Marshmallow. Very disappointing.

The screen size would have been okay, if it features massive specifications in the like of Infinix HOT S but that is not the situation right now.

And with such battery compared to the Nigeria condition of NEPA, i think with the Alcatel A5 LED 25800mAH battery, people like me won’t patronized it.

Nothing much, the 2GB of RAM is okay. While the Internal memory of 16GB which an extra microSD slot which can be expanded to 32GB or 64GB is alright, at least with that, storing games, applications, musics, movies, videos would be a lot more comprehensive.

The LED array can be associated with various notifications, including emails and social media like Twitter, Facebook and Snapchat, flashing the color associated with the service, along with the scrolling first letter of its name.

And also, it arrives with a 4G LTE Network. And it also features a 1.5GHz octa-core Mediatek MT6753 processor making playing games, operating the device to be smooth and enjoyable. But the Price tho!