Since Windows phone is dead with its straight-forward operating system, Google basically mastermind the fall of the Windows phone and to bring what we already missed, they launched the Oreo Go Edition that allows app to run smoothly due to Google optimization!

Alcatel 1X is officially the first Android Smartphone to run on the latest Android Oreo (Go Edition) but surprising, that is the only level it surpasses, as it does not come with any other aspiring or intriguing features.

As already explained, the Oreo Go Edition is meant to optimize apps for low-end smartphone especially for 1GB of RAM. These was what Microsoft were offering in the Windows phone before it went officially stopped the production.

Anyway, Alcatel tried to impact something more creative! But you must be conscious of the model, you are ordering, if by anyway, you deem it perfect to get one for yourself! Some model are the best, some are inspiring and some brings NO-excitement, just breaks down at any peak!

It comes with a 5.3-inch 960 x 480 screen resolution display with FullVIEW 18:9 aspect ratio, well, this meant be somewhat perfect for some reasons! It packs a metal brushed design. The bezels on the top and bottom are trimmed down around the corners. 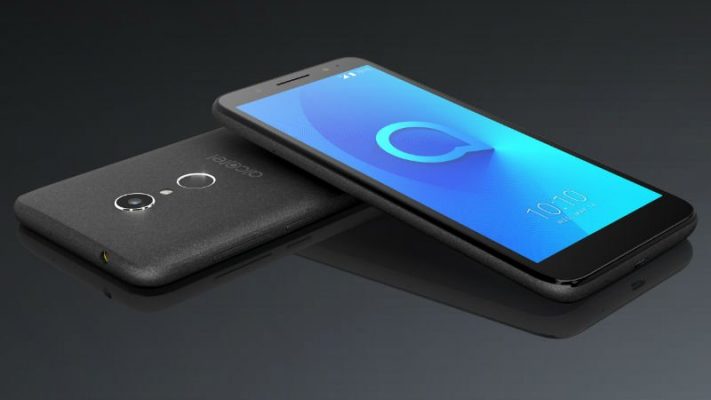 While on the camera, it packs 8MP rear camera with 5MP front selfie camera. The company indicated that, with the Photo booth, Instant Collage and Social Square, the camera pixels can be interpolated to 13MP (rear) and 8MP (front).

On the performance processor, it offers you a Quad-core MediaTek processor, 1GB of RAM, 16GB of storage. The company would be including the “Face Key” which is Alcatel’s facial recognition feature for some model. Fueled by 2,460mAh battery capacity.

On the pricing and availability, the phone will would be available in April and the price is €100 for a single-SIM variant and €110 for a dual-SIM variant.

Well, this is not-so-bad for a Android Oreo Go Edition Smartphone. It arrives in various colors. Don’t expect the Alcatel 1X to operate more faster, you might experience some lagging, shuttering and many others but this is only applicable to few models!

Alcatel 7 is a good and cheap Smartphone priced at $180