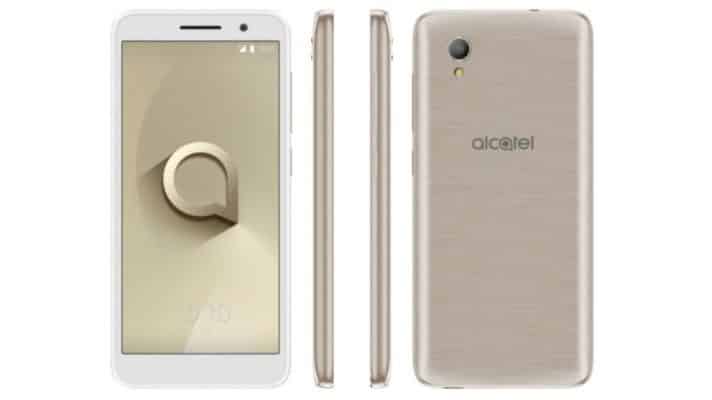 In a bid to launch the most affordable Android smartphone that runs on Android Oreo GO Edition, Alcatel has unveiled the company’s second phone with Oreo GO in Russia, this is the Alcatel 1.

Undoubtedly, the Alcatel 1 might be the company’s cheapest Android Go smartphone. The first one, Alcatel 1X was a huge rival to the market, arrives with supposed specs that turns out good on the front display design but bad on the inside.

Definitely, the Alcatel 1 is forcefully looking for a place in the Android OREO GO Edition market. They are different colors to choose from, the processor and RAM are set as usual.

The phone is bringing some grounds to the camera aspect, the Alcatel 1 features a 5MP rear camera and 2MP selfie camera but the company says, it can interpolate up to 8MP and 5MP.

As for the pricing, the Alcatel 1 which runs the Android Go version of Android 8.0 Oreo, has no official price on its head, but if the Alcatel 1X goes for $100, then the Alcatel 1 would have a smaller price tag. Probably, under $100 USD.