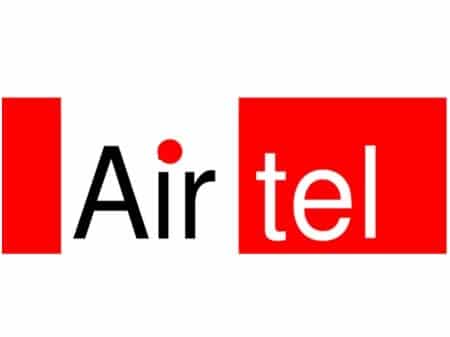 We are in an era, where light and heavy data consumers such as big and small companies, businesses, individuals are all interested in a never-ending unlimited data plan that could possibly go through for either a month or two. Airtel unlimited data plan exists in this epoch.

Virtually every company and even individuals are all cravings for an unlimited data plan, a bundle plan that will fit into the need of each segment, and fit to be consumed by various big data-consuming devices and gadgets out there.

Do we still need more unlimited plans? Even tho, in 2018, statistics show that consumers are “to use 100GB of mobile data monthly by 2025” and the majority for video streaming. The stats were conducted by Kim Faura, CCO at GiffGaff.

In 2017, reports state that users consumed just 0.83GB worth of data on video, however, GiffGaff tips this to rise to 24.76GB by 2021. By 2025, the company forecasts that the average user will consume around 73.87GB of mobile data via video streaming, as 4K becomes more widely available.

Each package comes with unlimited data, uncapped speed, and an applicable fair usage policy. As usual, Fair Usage Policy applies after some certain data usages, following the price range from low to high.

Note that this plan only works for Router and Mifi devices with registered numbers. To activate this plan, you will have to dial *370# or visit https://airtel.com.ng/hbb-discover. As explained by Airtel Nigeria on their Facebook fan page.

Airtel’s statement reads “Airtel Nigeria has announced the introduction of its unlimited ultra plans, a new value offering that is designed to ensure its home broadband customers do not run out of data while enjoying superior, uncapped speed and continuous broadband connectivity to the internet.

According to Airtel, the new offering, which is available only to routers and outdoor unit (ODU) customers, would offer telecom consumers the freedom to do more and become more productive without worrying about data speed reduction and utilization, and ensuring that customers never run out of data.”

During the announcement, Airtel said “Each package comes with unlimited data, uncapped speed, and applicable fair usage policy” But it would have sounded better than the top-end premium packages should completely be truly unlimited, which will make customers want the best.

Is it worth spending your money on?

Firstly, you need to confirm the network coverage around your area and more importantly – experience. Go ahead find out if Airtel network coverage is strong in your area, probably, buy any daily plan and check it out.

If that worked perfectly, then that leaves us with the experience. Find out from friends, colleagues, and someone close that might have used the Airtel Router unlimited data plans and check if their experience was positive or negative.

You might ask, why these checks? Airtel unlimited data plan thrived for many users in 2017 and went through for many companies and businesses as these plans are effective for data consumption at affordable pricing, but for companies.

This is definitely an agreeable idea brought to the table, but at such pricing, it was not advisable for personal usage during those times. Around 2017, everyone could agree more that Smartphone wasn’t that good at eating our data compared to the recent times.

Pricing was off for some users back in those times, but now, things have definitely revolutionalized a lot of time. Ntel for instance was offering an unlimited plan for N18,500, and this was a good time, and it was overwhelming for such a price.

Later on, the company did some changes, the N18,500 now offers fair use policy (FUP) of 150GB, while businesses and companies opt-in for the N25,000, truly unlimited data plans, and come with no FUP.

While pricing might have had a hand in the Airtel unlimited data plans, the network coverage may play some part. All over Nigeria, MTN is tested to be the fastest among our telecoms, as the company Masts are predictably found in most cities and places.

Tho Researchgate stated, “that residents close to GSM base station facilities are exposed to electromagnetic radiation which causes different health illness like cancer, leukemia, memory lost, dizziness, fatigue, etc.” While these Masts pose a great risk to society, I am not entirely sure if this was the cause of Airtel’s limited network coverage.

Another angle to look at is the rumored scam from unlimited plans: This is the fun side, you subscribe to an unlimited plan and by the 8th day, it stopped working! This is dubious and very annoying, and this was one of the major concerns that shifted customers’ focus.

Most users whose unlimited Airtel data plan slowed after a few days had the benefit of the doubt and decided to believe that their unlimited data plan is still active, but that was not the case, it just STOPPED, everyone complained, called the customer care but all to no avail.

In that case, there were other successful users, who went through with their plan, for over 1,2 and even the third month, but around the 4th month or so, they felt the same devastating experience. This is not too damned Airtel’s reputation, but facts and experience from customers and users around 2017.

Well, this might sound like an opinionated article, and you can tell with few facts attached. Nevertheless, there are better options out there when looking for the best-unlimited data plans, there include Spectranet, Ntel, Tizeti, and Smile.

This is 2021, and we would love to hear some points from Airtel customers/users who have used the Airtel unlimited data plans recently?