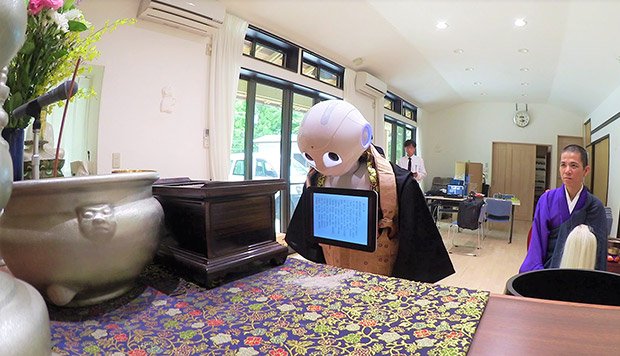 Is this creative? Is it Technology making successful impact? or Whatever? Well, the answer to all this questions depends on your first attempt at your Knowledge about Robot!

At first, I asked diligently, if Robots could acts a normal Doctor as a Surgeon? However, today, we have a new different importance of Robot in our society.

We have heard or seen robots acts as a Home controller like the Amazon Echo, Google Echo etc, Robots also perform the Sex dolls, talking of finishing some house chores and monitors and many others.

Introducing to you is the “Pepper Robot” that acts as a Priest in Funeral and also in attendance. This Pepper robot is specially made for the Buddhist living in Japan.

You meant be asking what is the their Reason, well, it has been explained, it is the Money! According to the source, the average cost of a funeral in Japan is somewhere between US $25,000 and $30,000, which is twice or even three times as expensive as the average funeral in the United States. 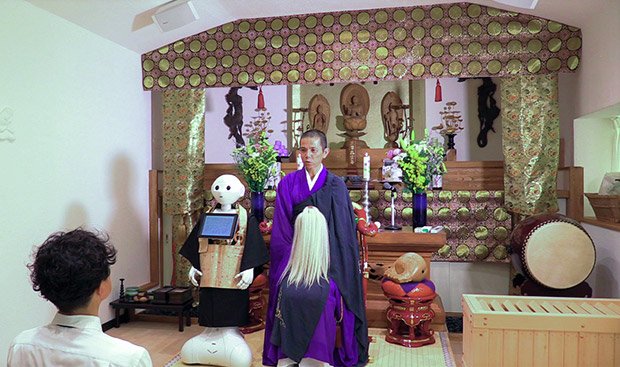 The Pepper robot costs less than hiring a Priest. Pepper can chant sutras from four major Japanese Buddhist sects, can be set up to livestream the ceremony to anyone who can’t be there in person, and appears to be able to bow when appropriate.

This is really awkward, am not from Japan neither am I a Buddhist that means NO Robot will preside over my Burial!